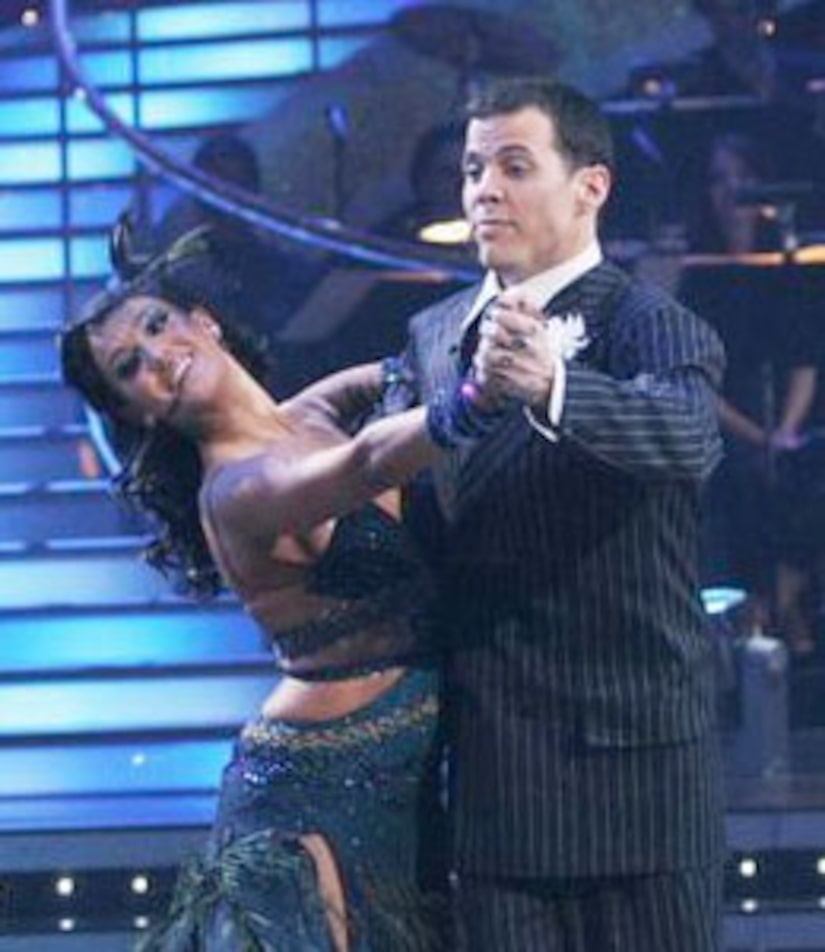 Two stars have already been replaced, Apple co-founder Steve Wozniak is nursing a foot injury, and "Jackass" star Steve-O suffered a back injury and could not dance live. Injuries aside, the show must go on! During "Dancing with the Stars'" week 2 performance show, 13 couples danced either the quickstep or salsa.

"The Bachelor's" Melissa Rycroft and partner Tony Dovolani followed closely with a 26 out of 30 for their steamy salsa. Judges loved the routine and Melissa's hip-shaking effort. Judge Carrie Ann Inaba proclaimed, "Finally! A real salsa!" Tony stated, "It's been so long since I've seen a 9!" The happy couple earned a combined score of 49 points.

Super hot "Sex and the City" star Gilles Marini and partner Cheryl Burke burned up the dance floor earning a 27 out of 30 for their quickstep. Judge Bruno Tonioli can feel the connection between the dancers and says there were sparks. Gilles and Cheryl earned a combined score of 51.

ABC tells "Extra" the show will go on, even if another star has to drop out. We've also learned Steve-O will be back next week, if he's not voted off tonight. Find out who will be the first couple eliminated during the "Dancing with the Stars" results show, tonight on ABC.