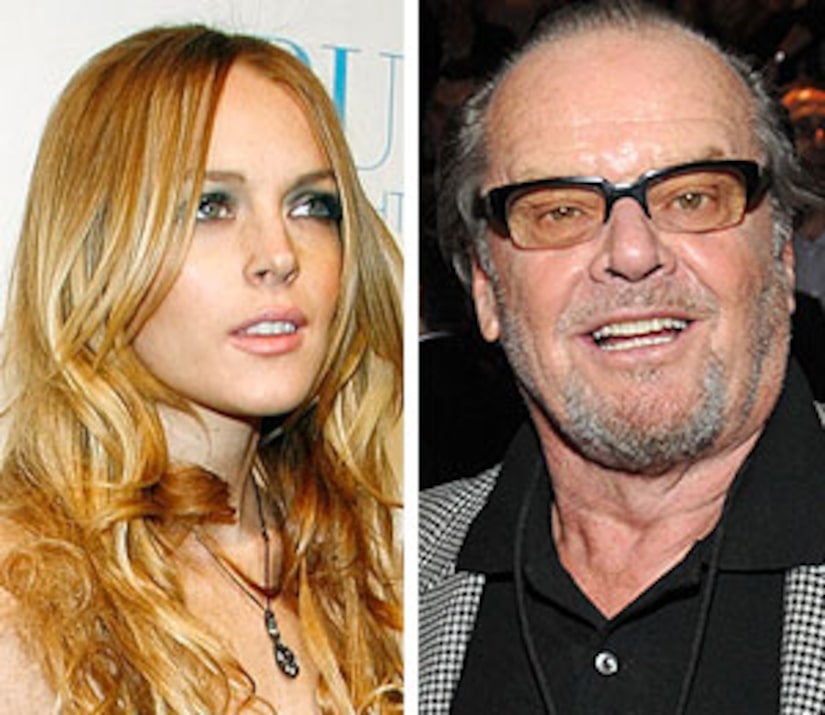 After a warrant was issued for her arrest on Friday night, Lindsay Lohan headed to the most unlikely place for refuge -- Jack Nicholson's pad! Huh?

Lohan and her pal headed over to Jack's Hollywood home at 1:30 AM, where they eventually convinced a tenant -- who sounds a lot like Nicholson himself over the intercom -- to buzz them through the gate. LiLo's friend then proceeded to crash her Mercedes into the wall before entering the private home, where the girls eventually left at 4:30 AM.

The "Mean Girl" sought refuge after a warrant was issued for her arrest, reportedly because of a parole violation. Early reports pinned the reason for the warrant on the fact that Lindsay had left the state of California last weekend, heading to Las Vegas to hang out with deejay girlfriend Sam Ronson, but those rumors were patently false.

Today, Pop Michael Lohan tells "Extra" that Ronson is the reason for Lindsay's trouble. "I see Lindsay's relationship with Samantha as playing Russian roulette. She's got a loaded gun in her hand, and unfortunately, Samantha's the bullet."

Don't miss Michael's full interview -- including his plea to LiLo -- tomorrow on "Extra."