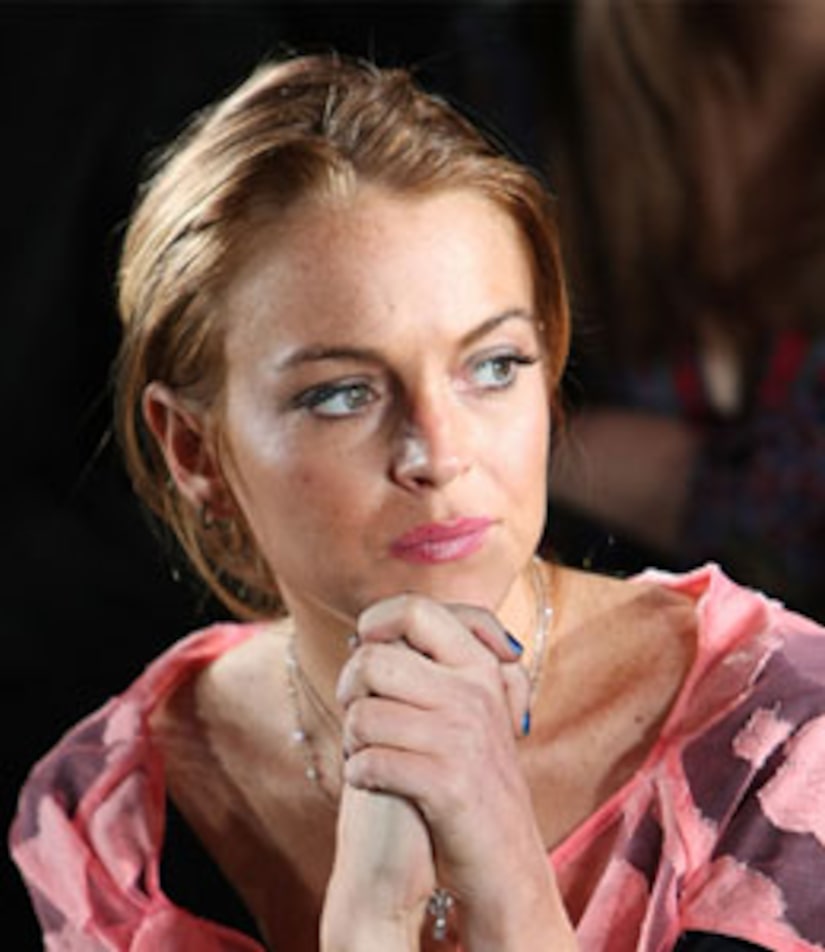 "Since her case was resolved, Ms. Lohan has been in compliance with all the terms and conditions of her probation and all orders of the Court. The warrant issued on Friday was, in our view, born out of a misunderstanding which I am confident I can clear up next week."

The former child star was in 2007 during Memorial Day weekend for crashing her Mercedes in Beverly Hills. The following July she was arrested again after the mother of her former personal assistant reported her car was being chased by an SUV. Police said Lohan was behind the wheel of the SUV and she was arrested in Santa Monica.

In August 2007, Lindsay pleaded guilty to two misdemeanor counts of being under the influence of cocaine; no contest to two counts of driving with a blood-alcohol level above 0.08 percent and one count of reckless driving.

Lohan spent 84 minutes in jail, was placed on three years probation and ordered to complete an 18-month alcohol education program. If the starlet violates terms of her probation, she could face up to a year in jail.

Sources tell TMZ that the warrant was issued after Lohan allegedly did not comply with terms of her probation, namely an alcohol education program.

The L.A. County District Attorney's office says a hearing will be held Monday in Beverly Hills regarding a possible probation violation.