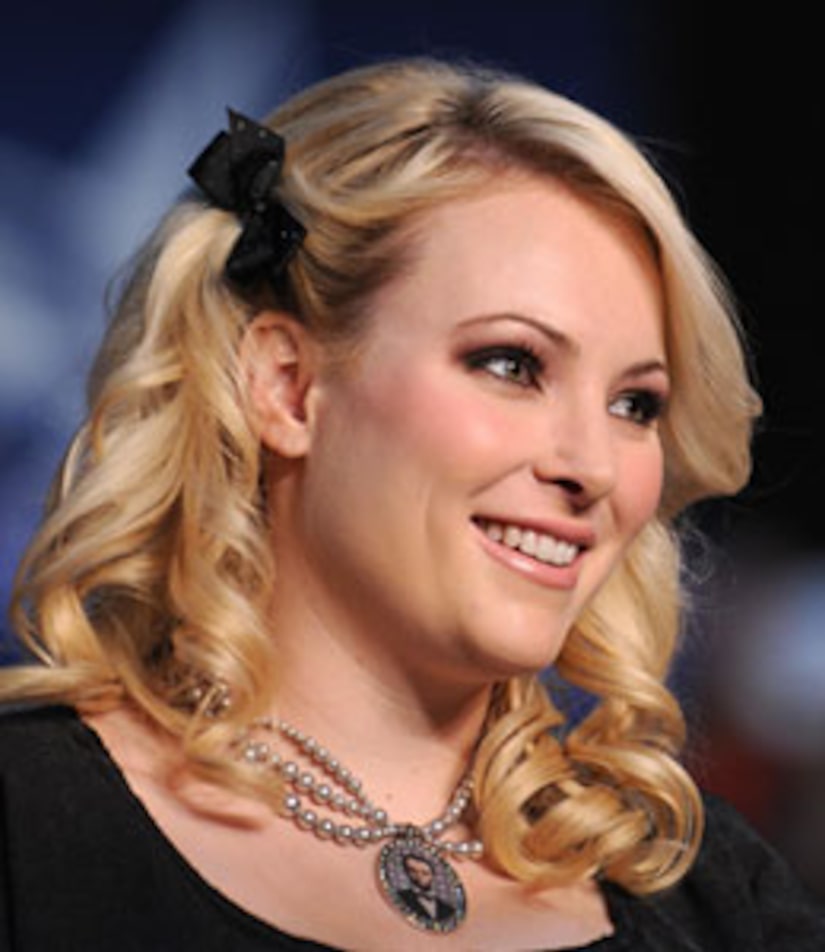 During an interview with "Extra's" Mario Lopez, M.M. said, "I think guys just get nervous maybe, or unfortunately there are guys that want to say they're dating John McCain's daughter." Miss McCain is open to dating a guy of any affiliation, "I date republicans, democrats and independents. Anyone who has a sense of humor."

The 24-year-old daughter of Cindy and John McCain confesses she has little time for the opposite sex. She's busy making a name for herself! Meghan is writing about politics and pop culture for TheDailyBeast.com.

The opinionated blonde tells Lopez her writing style comes daddy's gene pool. "People keep saying, 'Oh, she's just like her dad' -- I enjoy writing and speaking for people who aren't being spoken for."

"Extra" wants to know -- who do you think should play the Arizona Senator and his wife on the big screen?