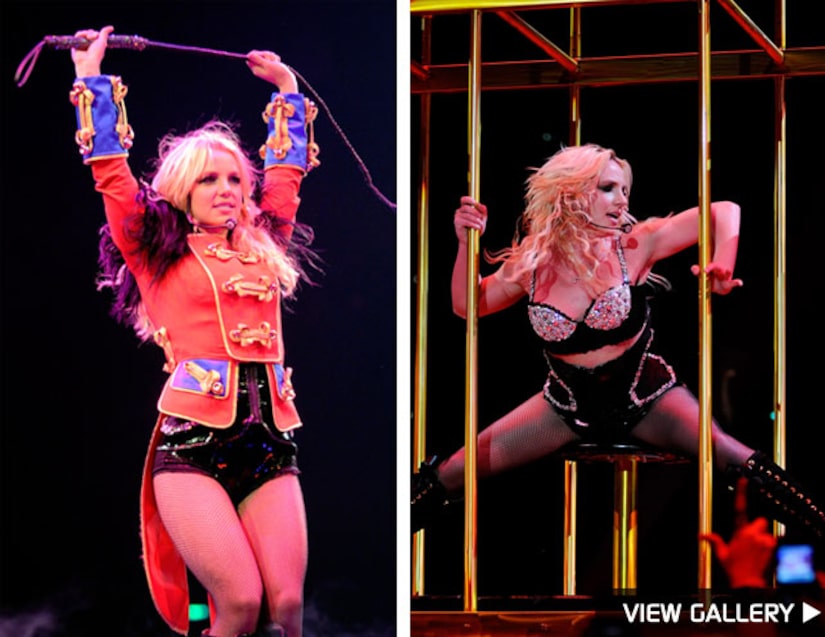 Britney and her crew executed numerous costume changes. Just like in real life, Spears underwent various transformations in the two-hour show... from genie to drill sergeant to pole dancer.

"Circus" makes its next stop in Atlanta on March 5.