Chris Brown is living it up in Miami before he's due in L.A. for his March 5 arraignment following his arrest for an alleged altercation with girlfriend Rihanna. The 19-year-old was snapped jetskiing in Miami on Thursday. 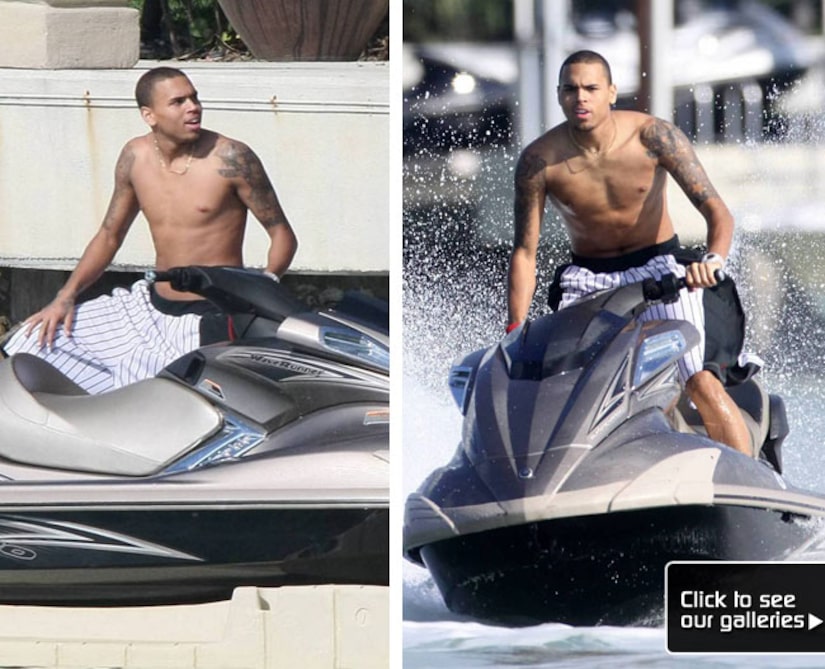 This week, the tattooed "Kiss Kiss" singer reunited with Rihanna at P.Diddy's Star Island mansion. MavrixOnline.com reports Brown has been partying at Diddy's pad with his entourage, including one of Rihanna's bodyguards.