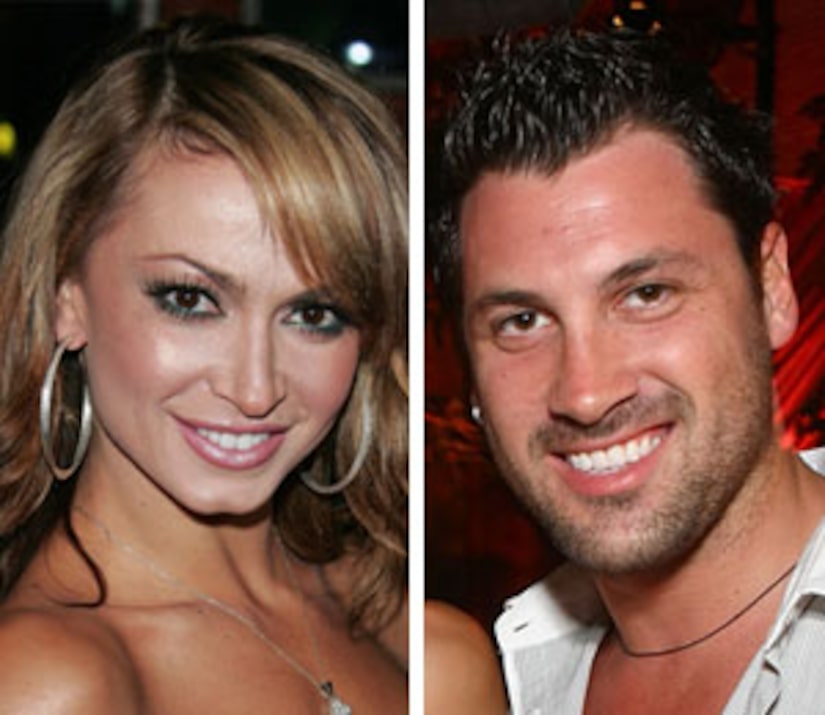 "Dancing with the Stars" pros Karina Smirnoff and Maksim Chmerkovskiy became engaged on New Year's Eve and hope to tie the knot "before the end of this year!"

The couple tell Usmagazine.com they have started to plan their big day.

"We started talking about it and figuring out when and where we're going to have it," she tells Us. "But there's so many family members that have a say that we got to try to make sure that everyone will be happy. But we think it will be sometime before the end of this year. So, not so long."

The two are currently rehearsing for the upcoming season of "Dancing with the Stars." Smirnoff is coupled with with Apple co-founder Steve Woziak and Chmerkovskiy will compete with actress Denise Richards.

Season 8 of "Dancing" foxtrots on to ABC March 9.