The adorable child stars of "Slumdog Millionaire" stole the red carpet at the Academy Awards -- and after making the rounds at amusement parks in California, they returned to Mumbai and received the welcome of conquering heroes! 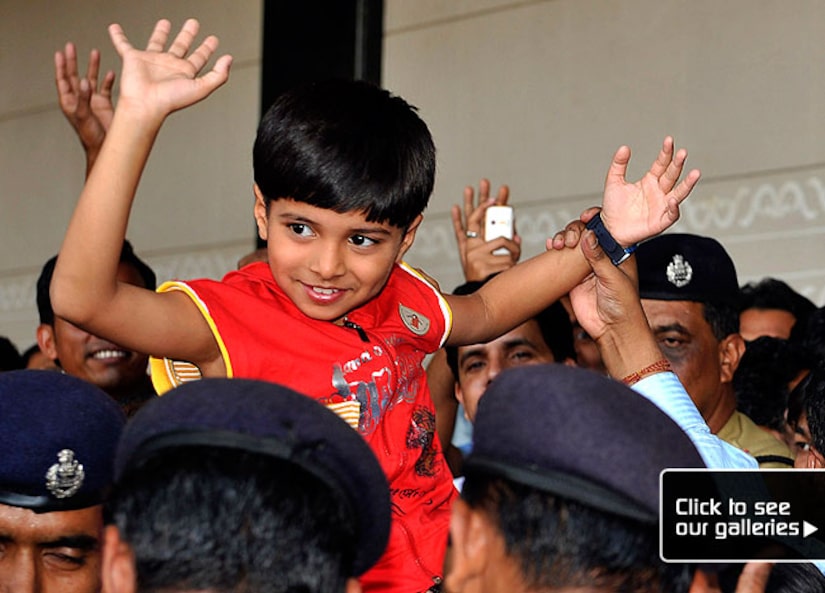 Hundreds of fans cheered, throwing flower petals as the kid actors walked through the crowd, waving and blowing kisses.

Ayush Mahesh Khedekar, 8, Rubina Ali, 9, and Azharuddin Mohammed Ismail, 10, became instant celebrities as the rags-to-riches flick won award after award, including Best Picture of the Year at the Oscars.

Composer A.R. Rahman took home two Oscar statuettes (for Best Score and Best Song "Jai Ho") and he too found a warm greeting at the airport. "They (the fans) almost killed me with their love," Rahman told The Press Trust of India, as reported by AP.