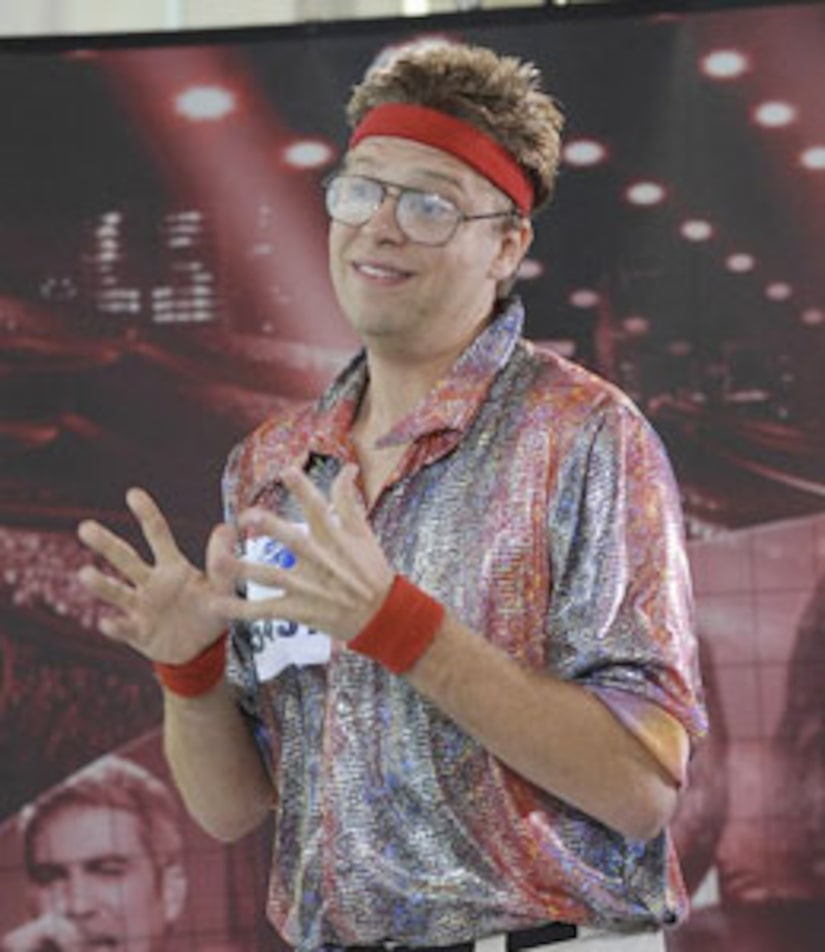 Nick Mitchell made the judges chuckle to pass the New York City auditions and Hollywood Week on "American Idol," but can the 27-year-old make it to the show's top 12?

Tonight the comedian will perform live on the show for the first time. The Brookfield, CT native tells AmericanIdol.com, "I decided to audition for 'American Idol,' to be honest just to hopefully get on camera and see if I could possible get some work out of this or an agent." He knows he isn't the next pop sensation, "I'm not the normal contestant, I guess you'd say. I hope that's okay, I'm a sketch comedian, but I also am a singer."

Mitchell auditioned for the reality competition as a character he created named Norman Gentle. He sported a terrycloth headband and a sparkly shirt while he belted "And I Am Telling You I'm Not Going" from "Dreamgirls."