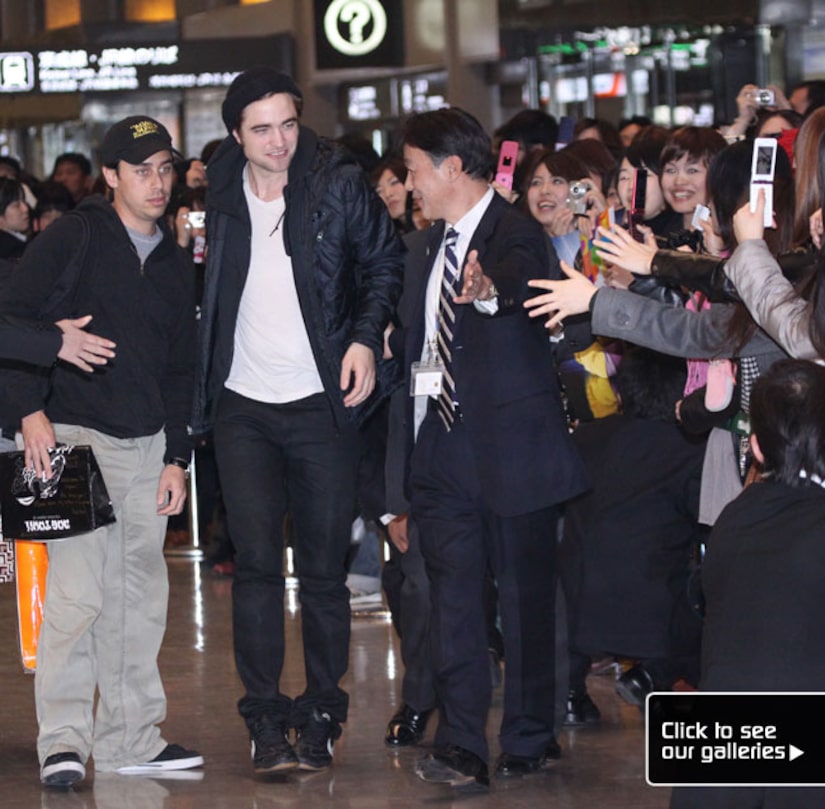 Pattinson's charm and sex appeal are universal! The 22-year-old was greeted by fans (and their camera phones) after arriving at the airport.

Rob made his Academy Awards debut on Sunday night, and the show's host, Hugh Jackman, flew to Tokyo on the same flight! Jackman is in the Land of the Rising Sun to premiere "Australia."