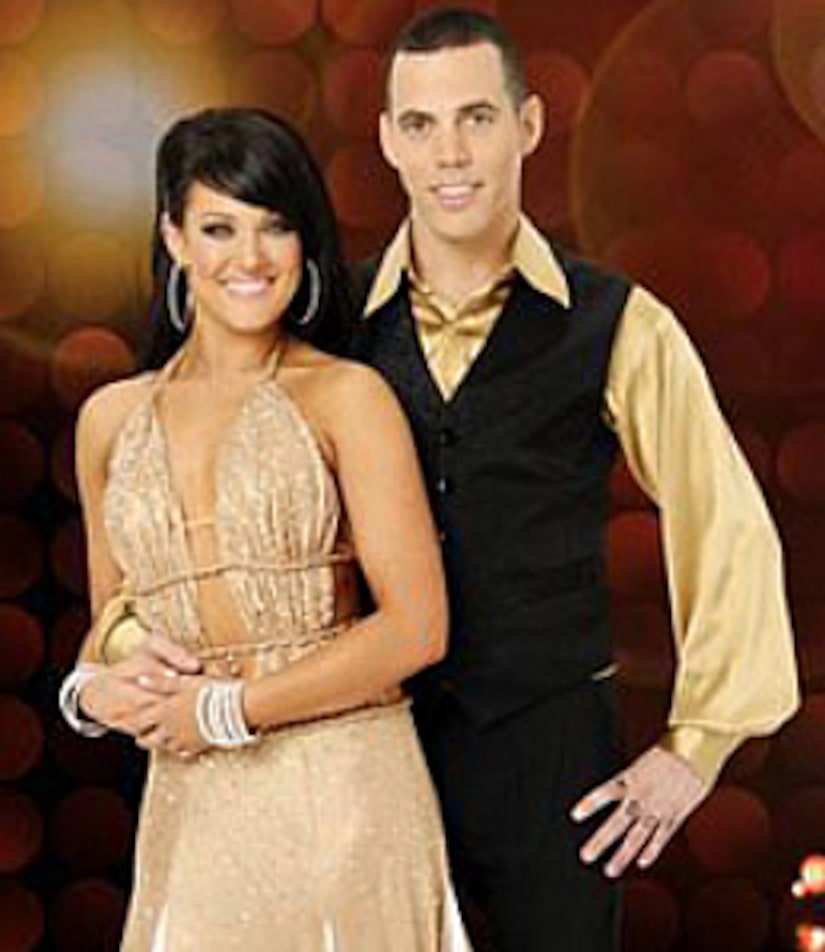 This 20-year-old graced the stage on "So You Think You Can Dance" and partnered up with 'N Sync stud Lance Bass on "Dancing with the Stars" last season. Now Lacey Schwimmer is back for season 8 of "Dancing" and she's talking about her new partner, "Jackass" star Steve-O.

Lacey describes Steve-O as the "dark horse" of the competition, telling People, "I keep getting these messages on Myspace or on Facebook and they're like, 'Oh, man, you and Steve-O. I'm so sorry.' I look at them and think they have no idea about this guy."

The duo have been rehearsing for five hours a day! Schwimmer tells the mag she was amazed by his work ethic. "He's just such a hard worker and we're in very intense rehearsals everyday."

Steve-O, aka Stephen Glover, graduated from Ringling Brothers and Barnum & Bailey Clown College and Lacey says they are incorporating his tricks into their routines. Steve-O's talent is unique for "DWTS," "He has these really interesting tricks that he can do that I've never seen anyone on the show do before."

Season 8 of "Dancing with the Stars" returns March 9 on ABC!