Following the leak of a graphic photo showing Rihanna allegedly beaten by boyfriend Chris Brown, the singer is speaking out.

Rihanna resurfaced in L.A. last night wearing a black leather jacket and dark glasses, and was snapped while sitting in the back of an SUV. 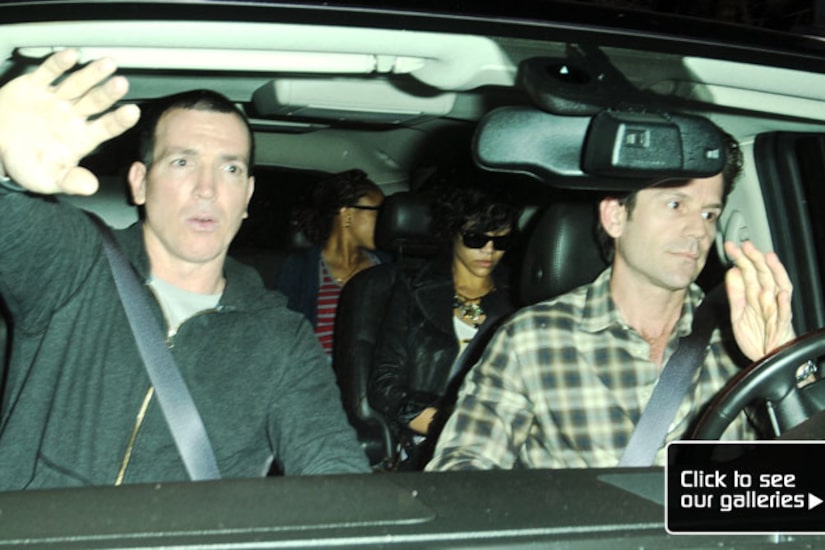 A rep for Rihanna released a statement to "Extra" saying, "At the request of the authorities, Rihanna is not commenting about the incident involving Chris Brown. She wants to assure her fans that she remains strong, is doing well, and deeply appreciates the outpouring of support she has received during this difficult time."