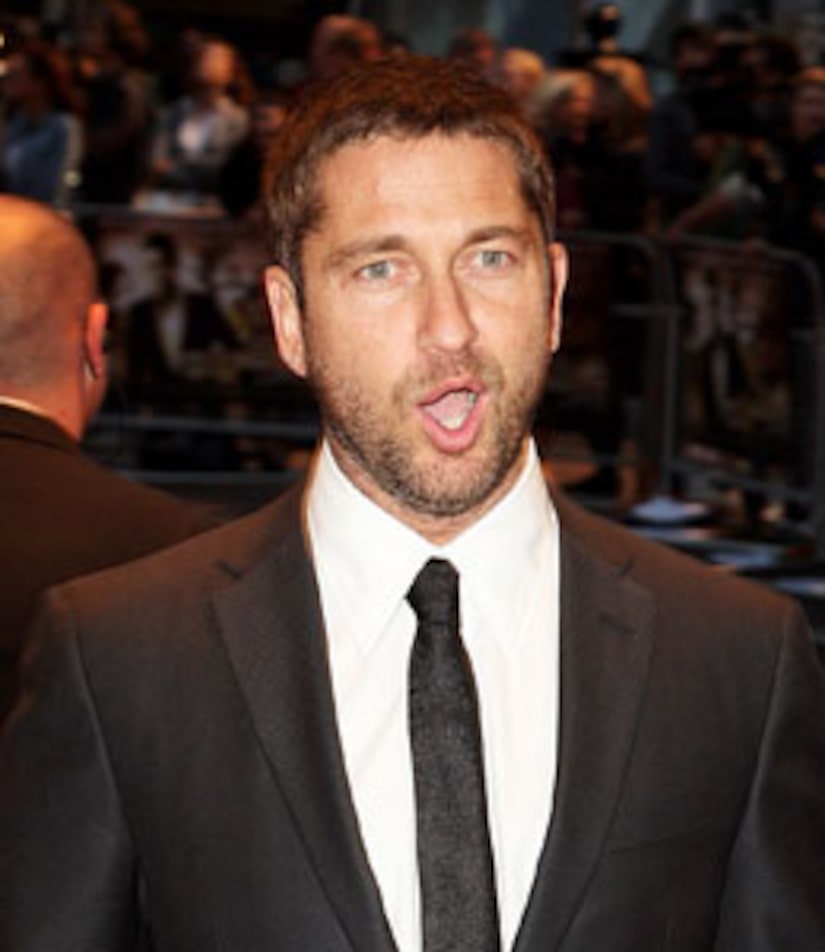 Is it true Gerard Butler was confronted by an overzealous fan in a Big Apple bathroom?!

It's a pisser, but it's true! Gerard was at Tenjune in New York, where the super fan reportedly lifted up his shirt for the actor, revealing tattoos based on Butler's Greek war epic "300."

Gerard was a fan, too! The New York Post says the suave star snapped a pic with his own camera phone!