It's a Las Vegas family vacation for Brad Pitt and sons Maddox (not shown) and Pax! 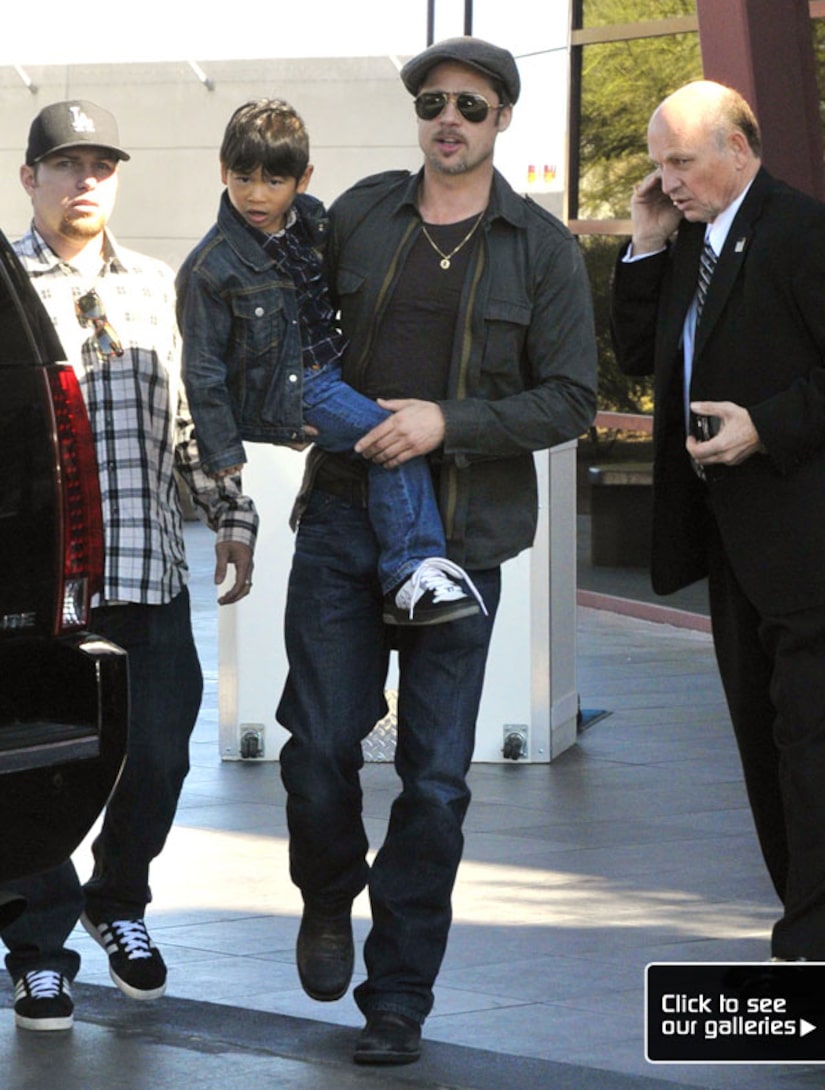 Pitt and his little ones visited Sin City just days before the Academy Awards take over Hollywood. Brad is nominated for Best Actor for his role in "The Curious Case of Benjamin Button."

The Jolie-Pitt boys (minus 7-month old Knox) made a Pitt stop at In-N-Out Burger, and munched on popcorn at a Cirque Du Soleil show at the MGM Grand.

Angelina was also spotted on Wednesday -- on the right coast. Jolie stepped out with daughters Zahara, 4, and Shiloh, 2, for some shopping in the Big Apple.

Check out pix of the adorable Brangelina brood!