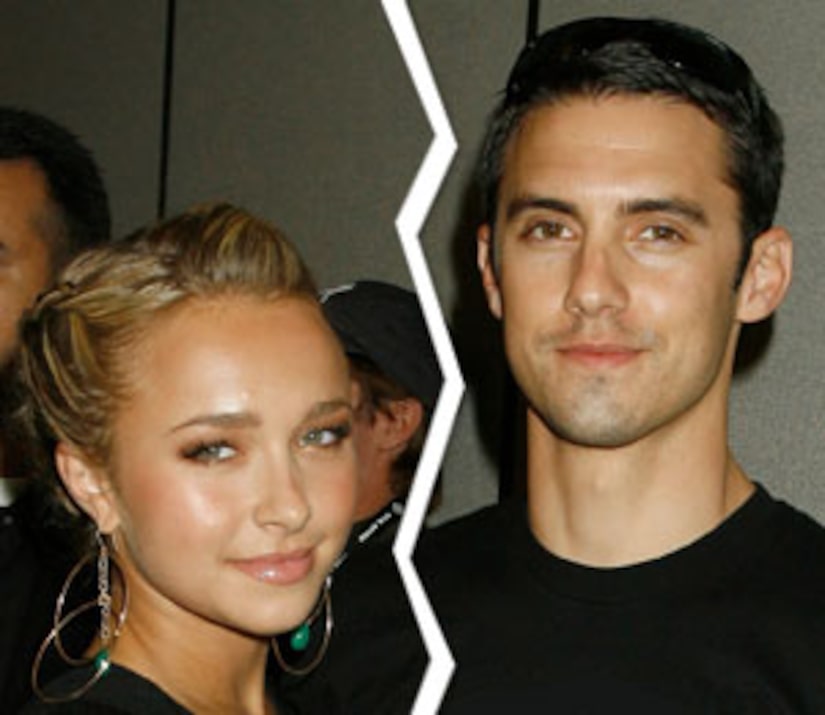 "Heroes" co-stars Hayden Panettiere and Milo Ventimiglia have broken up.

A source leaked the news to UsMagazine.com, saying, "It was a lifestyle conflict. They were in very different places."

The source tells Us that Panettiere, 19, "...is young. She likes to go out in the Hollywood scene and that's not his style." Ventimiglia, 31, "has been concentrating on work on his production company [Divide Pictures]."

The source, who is close to the couple, also hinted the split happened within the last week. "They are still on friendly terms. There are no hard feelings."

Hayden and Milo reportedly began dating at the end of 2007, but neither would confirm a relationship. It wasn't until April 2008, during an interview with the BBC, that Ventimiglia confirmed the relationship.