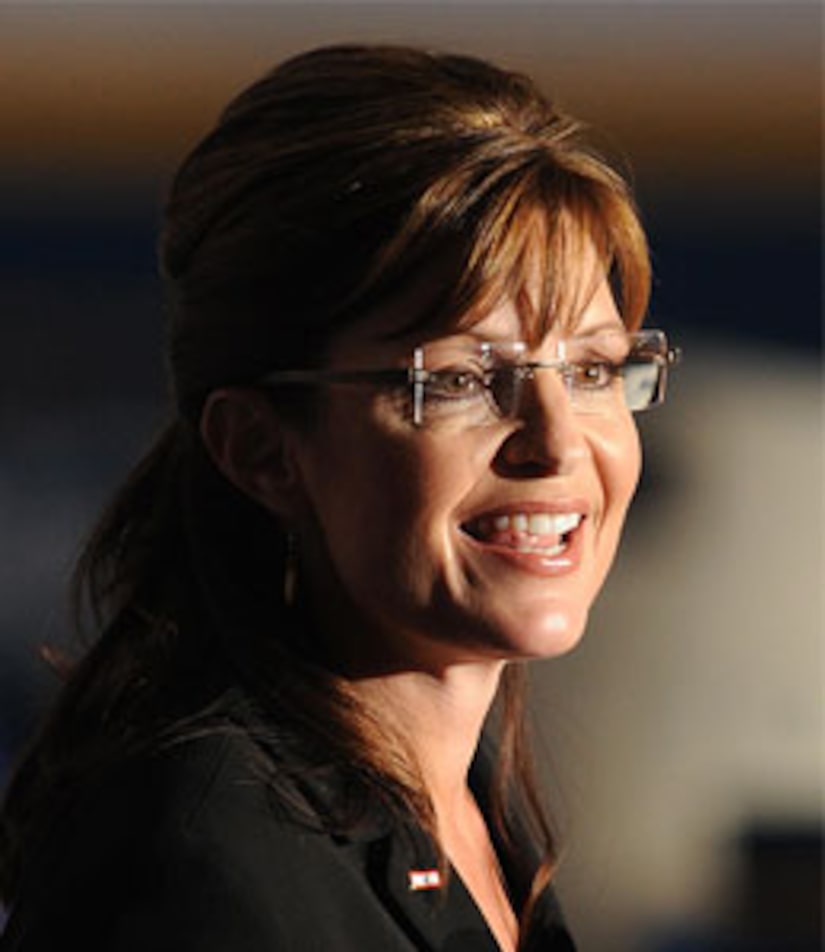 She's the former beauty queen turned politician who changed the face of her party during the 2008 Presidential election. A new biography of Alaska Governor Sarah Palin takes a look at her past, her secret pregnancy, as well as her eldest daughter's pregnancy.

People magazine reports "Trailblazer: An Intimate Biography of Sarah Palin" says "Sarah made one slip-up, but [she] dampened suspicion by explaining it away." One of her daughters found a prenatal ultrasound scan of Trig and confronted Palin with the picture.

Palin was also aware Trig had been diagnosed with Down syndrome, but did not tell her other children until he was born in April. The unauthorized biography states, "Not discussing the pregnancy with her daughters, she felt, would shorten the process and spare them from unwanted attention."

The book also delves into the relationship between Bristol Palin and her fiancé Levi Johnston. Bristol lived in Anchorage with her aunt and uncle while she was pregnant. She worked at two espresso shops and remained a full time student at West High School. Levi was 40 miles away in Wasilla, but he would still drive to Anchorage to take Bristol out. The couple welcomed their son Tripp on December 27, 2008.

"Trailblazer: An Intimate Biography of Sarah Palin" by Lorenzo Benet will be in stores Tuesday, February 17.