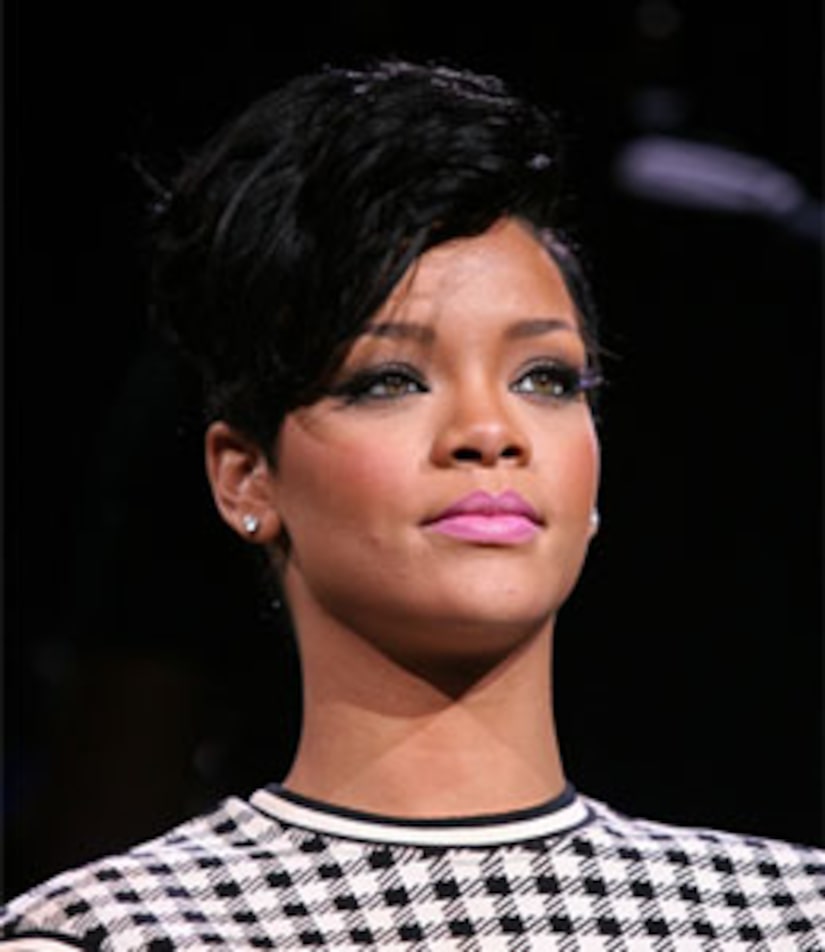 E! Online says Rihanna's music label, Def Jam, axed the pop star's party. The reason for the cancellation was not stated, but given the Chris Brown arrest and Rihanna's alleged victimization, conclusions can be drawn.

It doesn't look like the recession was a problem. A source tells E! that Cîroc vodka was going to sign on as the leading sponsor. About 200 guests had been invited to the carnival themed party.

In related news, Cleveland's WAKS FM 96.5 has removed Chris Brown from its on-air playlist until further notice. Program Director Bo Matthews says, "It appears that Chris has made some poor choices, we are following the lead of our listeners, and we will not be supporting Chris Brown on 96.5 Kiss FM in Cleveland until the alleged situation gets resolved."