The media put Anne Hathaway through the ringer when her beau Raffaello Follieri was put behind bars -- now rumor has it "Gossip Girl" is lifting the headlines for a plot! 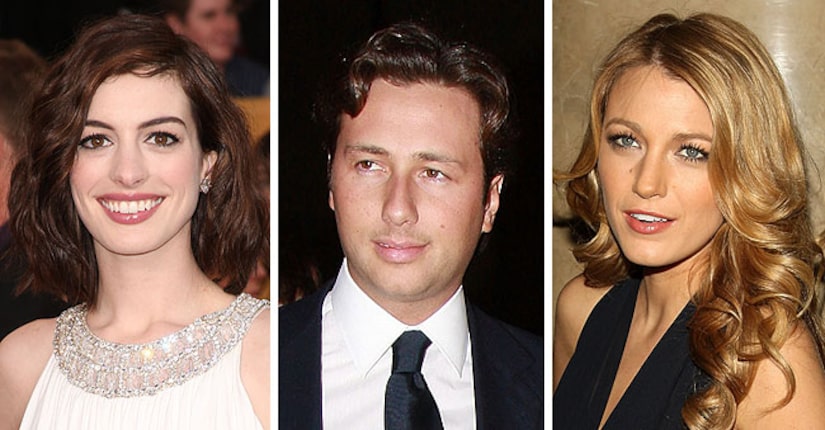 Sources tell Entertainment Weekly that the show is planning a plotline where golden girl Serena, played by Blake Lively, falls for a European socialite named Gabriel -- based on the charming Italian Follieri, who was sentenced to four and a half years in prison after being convicted in October on 14 counts of wire fraud, money laundering and conspiracy.

"Gossip Girl" Executive Producer Stephanie Savage didn't confirm or deny the Follieri-based plotline, but did reveal that Lively's character would fall for an older, sophisticated gent! "[He is] very well-traveled, part of the global elite. He's not a brooding artist like Dan or Aaron rose. He's definitely a grown-up, and that's something Serena is very attracted to."

According to the report, the "Gossip" storyline would delve further into the charmer's scandal -- and may leave Serena's life in danger.