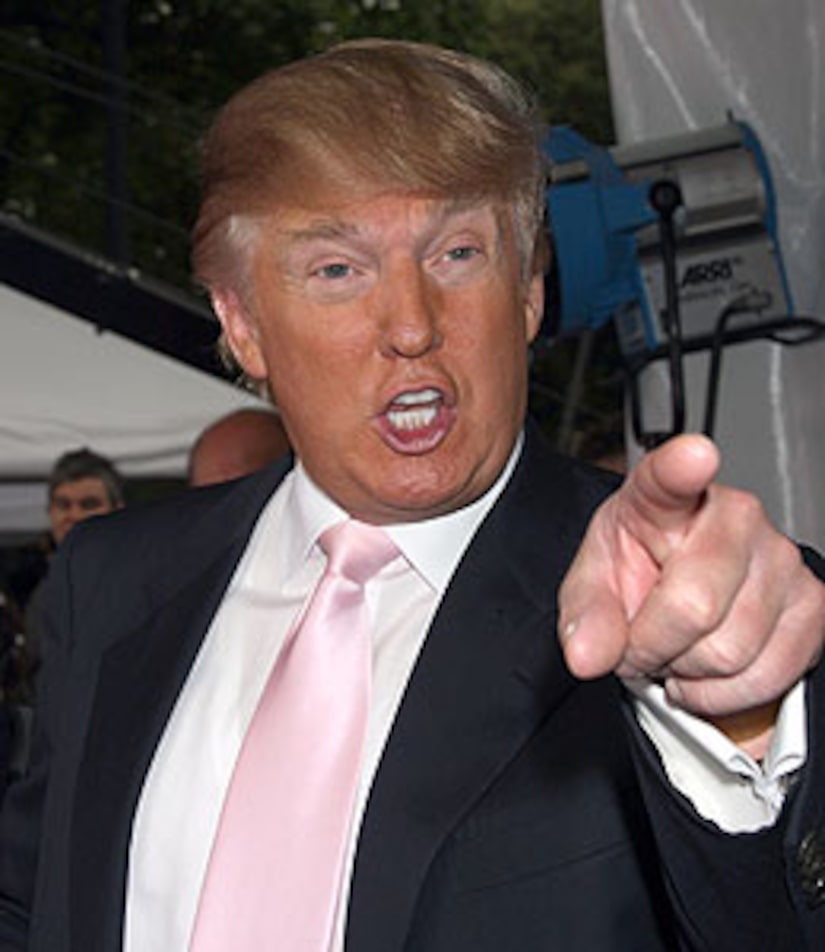 Donald Trump gave an employee his catchphrase 'You're fired!' -- after the man was reportedly caught having sex on Donald's boardroom table!

According to the NY Daily News, an engineer at Trump Tower was caught having sex with a woman on the boardroom table the real estate mogul uses during filming "The Apprentice." Table that motion!

The story is that when the frisky two were caught, "...the girl was asked to sign a contract stating that the sex was consensual, for fear of a lawsuit, and the engineer was fired," a Trump insider dished to the paper.

A rep for Donald told the newspaper that the claims were "ridiculous."