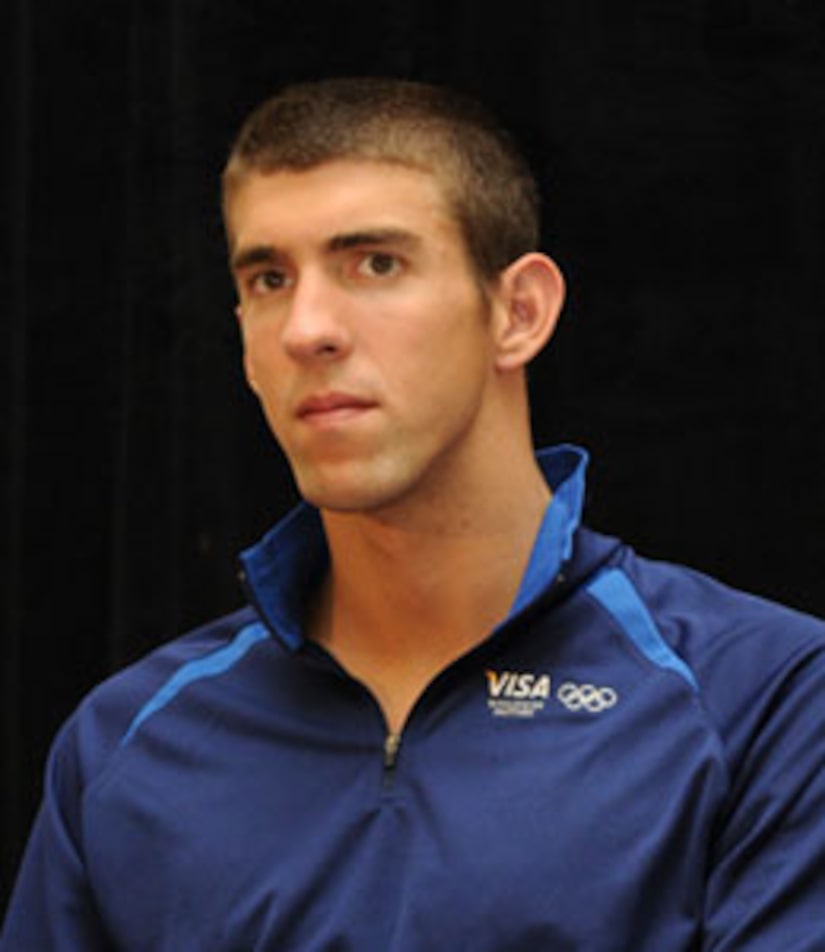 Could human dolphin Michael Phelps be arrested for a picture of him apparently smoking marijuana?

Meanwhile, Tommy Chong tells cameras re Phelps, "Bong away brother!" The comedian doesn't think anything will result of the pics. "He's already won the gold medals. They are not going to take it off of him."