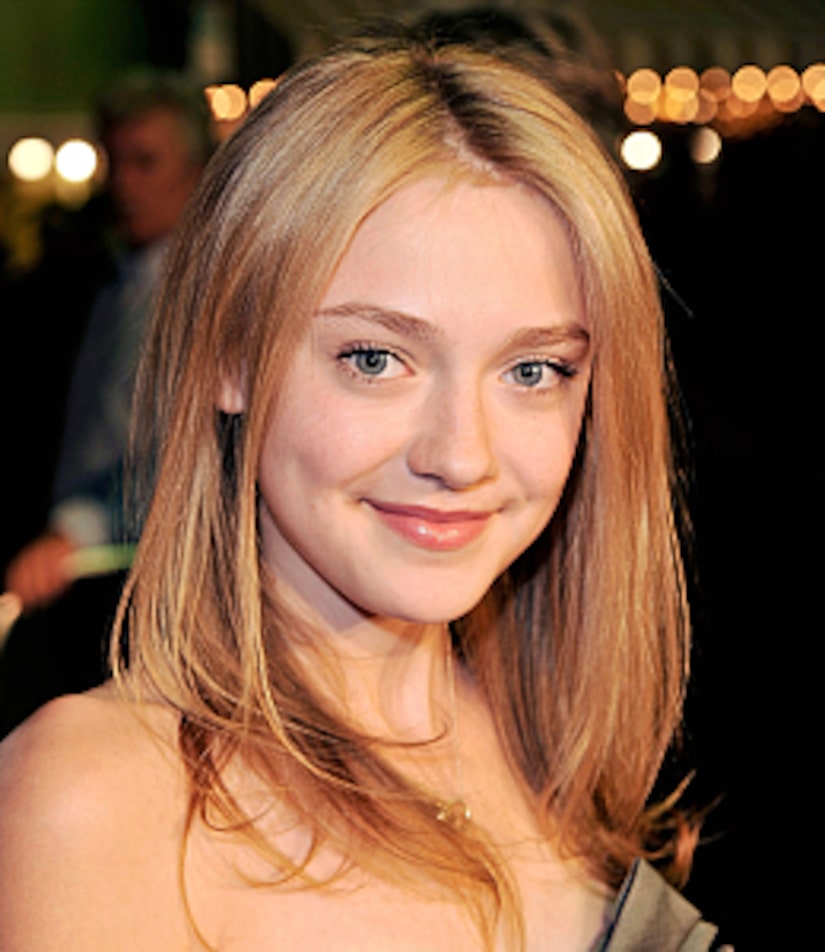 It still isn't confirmed Dakota Fanning will star in "New Moon" but the mini starlet says it isn't a rumor! The 14-year-old says, "It's not 100 percent yet set in stone but it's definitely not totally untrue or a rumor." While promoting her new film "Coraline" in L.A., People reports Dakota said, "It's definitely a possibility and I think it would be really, really fun to be a part of."

"Twilight" stars Rachelle LeFevre and Ashley Green hit the red carpet for the premiere of Fanning's flick "Push" on Thursday night and told "Extra" they wouldn't be able to confirm the news of Fanning starring in the new vampire flick.

Dakota is up for the role of Jane, a young, powerful vampire from the hit Stephenie Meyer books. If she is cast, the little leading lady will join original cast members Kristen Stewart, Robert Pattinson and Taylor Lautner on the big screen.