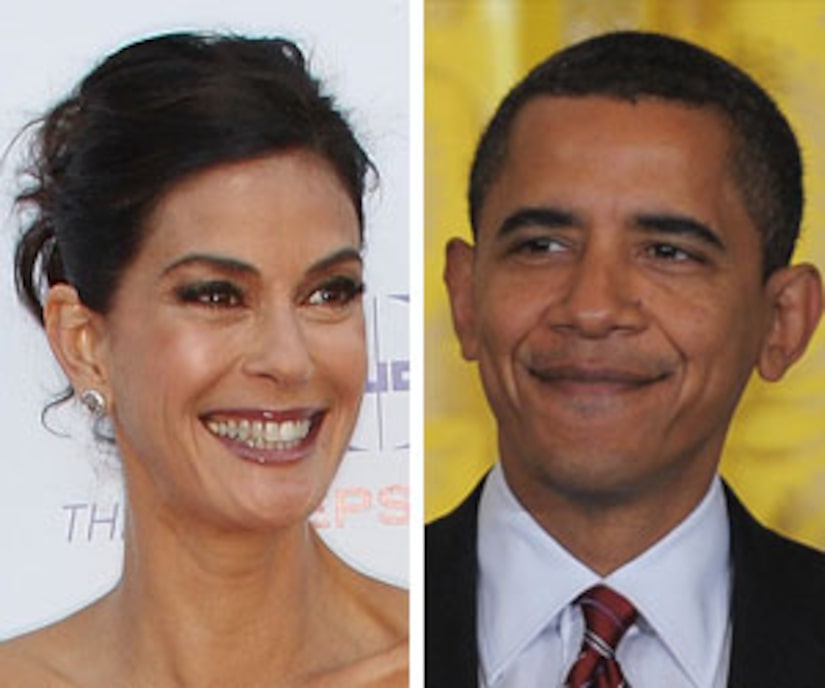 Teri Hatcher says President Obama owes her an autograph! The "Desperate Housewives" star met the Pres at a fundraiser a few months before his nomination. The Golden Globe winning actress tells "Extra," "I said to him, 'This is the only thing I would have left my daughter at home for is to come and meet you'... And he said, 'I'll have to get you an autograph on a napkin.'"

Hatcher says Obama still owes her the signature he promised for her 11-year-old daughter Emerson, but she understands the Chief has his priorities in order. "First you can handle the economy. Then you can handle the war. Years from now when things are better, maybe you'll send an autograph," she joked.