What weight issues? A gorgeous Jessica Simpson looked relaxed and happy when she landed in Charlottesville, Virginia for the next leg of the "Bob That Head" tour, headlined by Rascal Flatts. 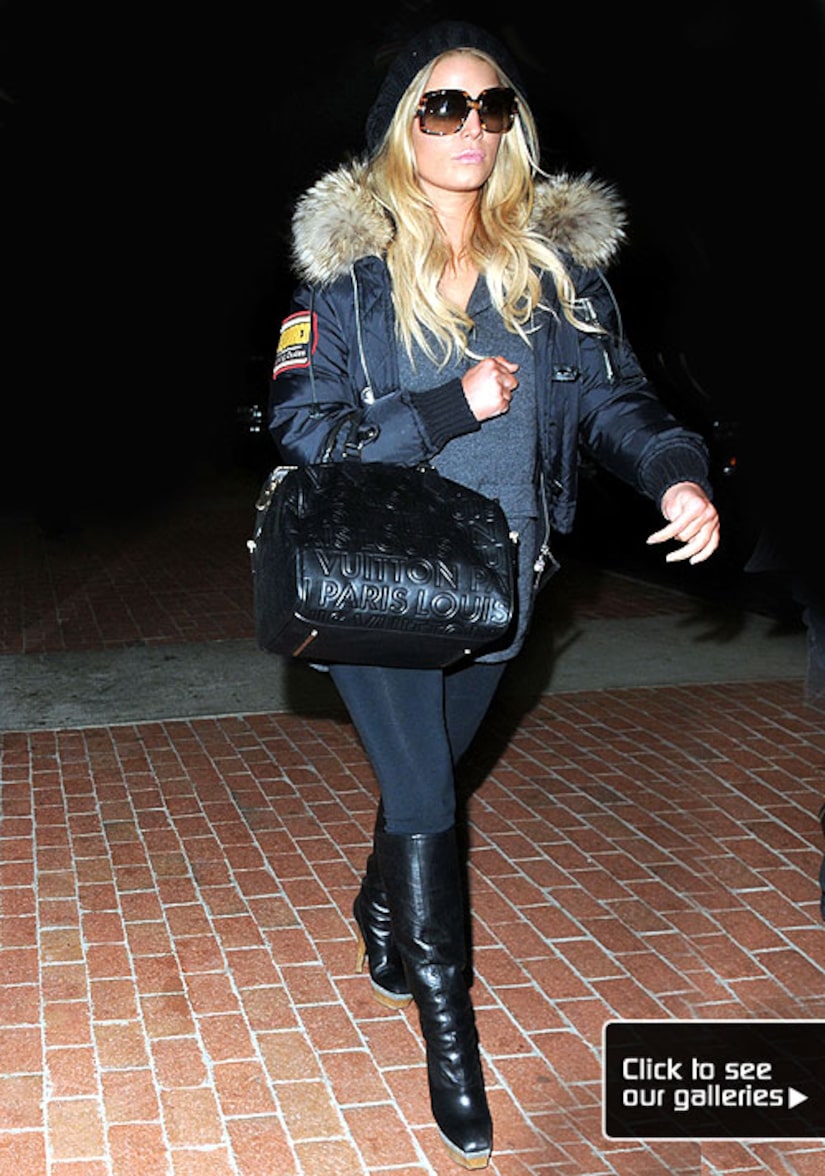 The pop star-turned-country singer smiled when shutterbugs said, "You look stunning and all those pictures released this week were all garbage. You're a gorgeous girl."

Simpson received harsh criticism for her body after she was snapped singing at a Chili cook-off -- and it appeared she had put on some weight.

Jessica's superstar pals were quick to come to the crooner's defense. Sister Ashlee blasted the media in her online blog, while reality starlet Kim Kardashian announced that she thought the "You're My Sunday" singer was hot! "I love how she looked," Kim told "Extra."

Kim, famous for her curvy physique, continued on about the picture. "I didn't think there was one thing wrong with it. Her hair looked fabulous, and I think it's just disturbing that people would try and make a big deal about it."