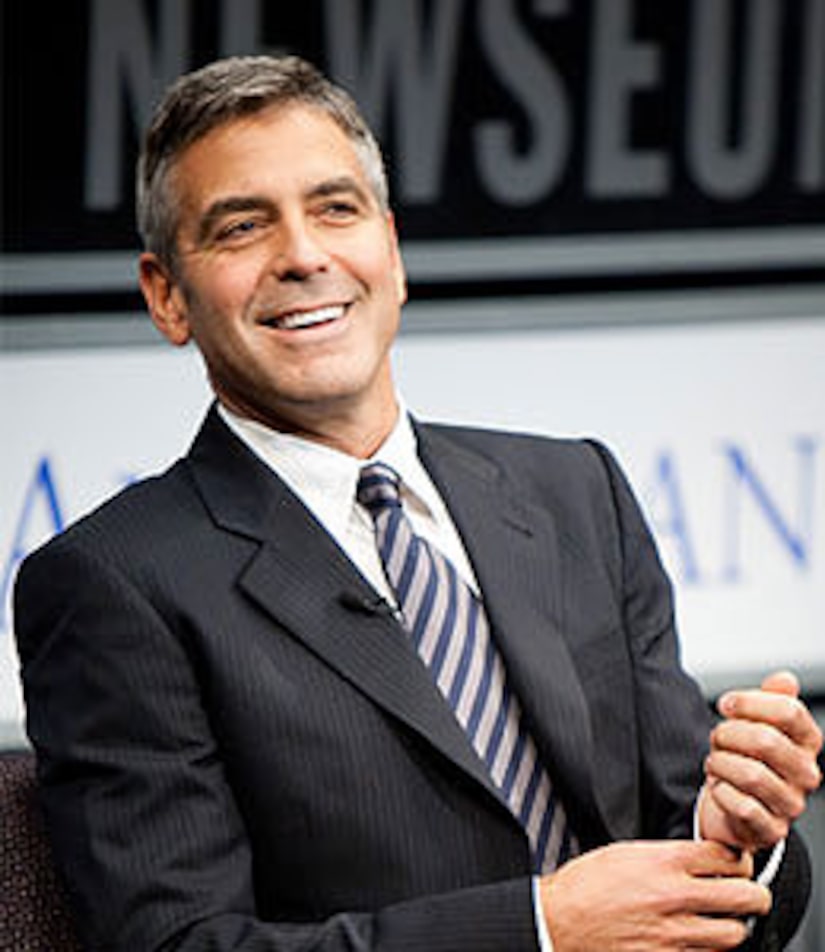 Stars like Madonna, Angelina Jolie and Brad Pitt have adopted children, but now a celeb is putting himself up for adoption! Well, kinda. During an event at the Newseum in Washington, D.C., George Clooney joked about wanting to be adopted.

The adoption talk started when Nick Clooney expressed the importance of his son's film, "Good Night, and Good Luck." He uses the Oscar-nominated flick to teach journalism students at American University.

"I don't care for that," George commented.

"Never cared for this kid! His sister's great," the elder Clooney shot back.

"I always wanted to be adopted, couldn't find anyone," George said.

The 47-year-old actor wrote and directed the 2005 film about legendary journalist Edward R. Murrow. During the Newseum event, he said he grew up hearing about Murrow, and their family took pride in how journalists held the government accountable during the paranoia of the 1950s communist threat. Clooney said he wanted to make a movie to let people hear some "really well-written words about the fourth estate again."