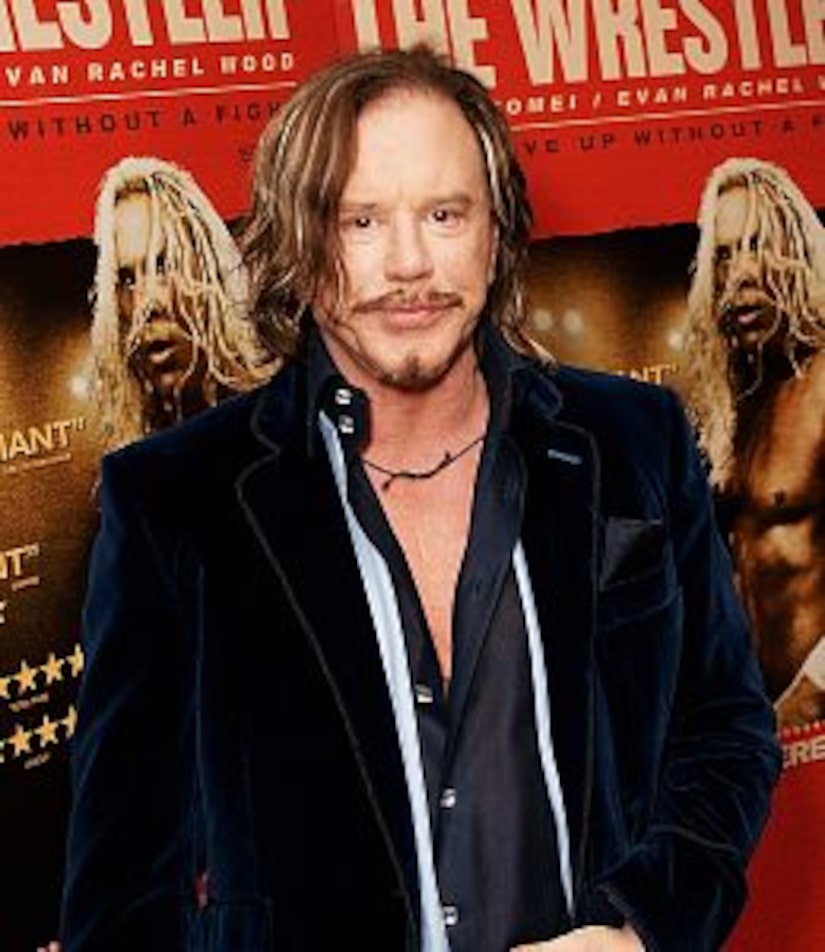 Mickey Rourke took home the Best Actor Golden Globe award for his performance as Randy "The Ram" Robinson in "The Wrestler," but the star admits he still hasn't seen the drama because he doesn't like seeing himself on the big screen.

The comeback king confesses, "I don't watch anything until three, four, five years go by. I see myself every day in the mirror when I'm shaving. I don't get anything from it."