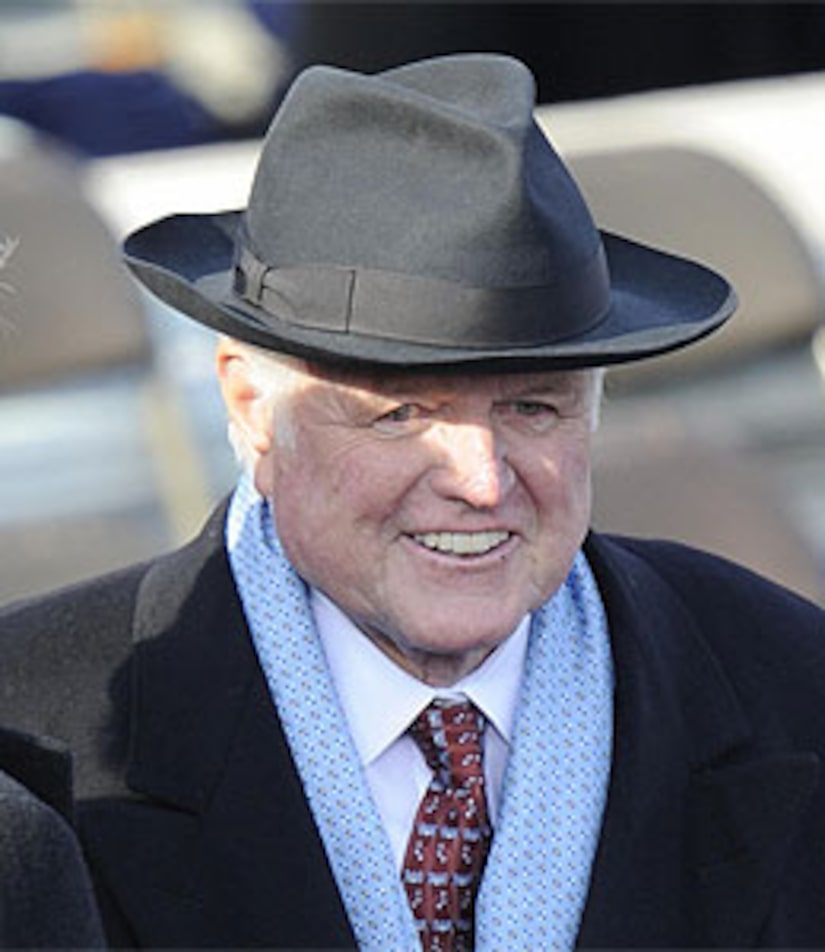 Senator Ted Kennedy apparently had a seizure at President Obama's luncheon and was taken away by ambulance.

The senator, who is being treated for a brain tumor, was wheeled from the lunch on a stretcher.

"I would be lying to you if I did not say that right now a part of me is with him," Obama said of Kennedy, "and I think that's true for all of us. This is a joyous time, but it's also a sobering time. My prayers are with him and his family and (Kennedy's wife) Vicki."

UPDATE: While being interviewed on ABC News, former Vice President Walter Mondale, 81, said he'd had word that Kennedy's condition had already improved. Senator Orrin Hatch said Kennedy was talking as he was put into the ambulance.

UPDATE: A statement has been released by Washington Hospital Center's Chairman of Neurosurgery, Dr. Edward Aulisi:

"Senator Edward Kennedy experienced a seizure today while attending a luncheon for President Barack Obama in the U.S. Capitol. After testing, we believe the incident was brought on by simple fatigue. Senator Kennedy is awake, talking with family and friends, and feeling well. He will remain at the Washington Hospital Center overnight for observation, and will be released in the morning."