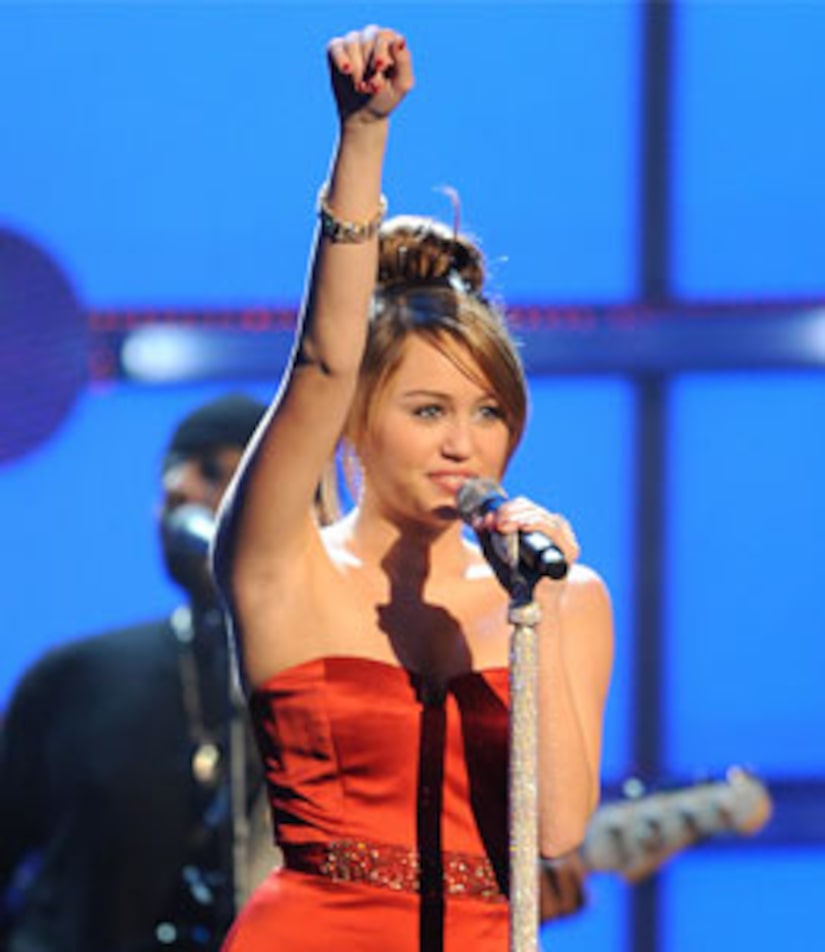 Tweens ruled at "The Kids' Inaugural: We Are the Future" event, where Miley Cyrus, the Jonas Brothers, and Bow Wow rocked the Verizon Center in Washington, D.C. The show celebrated the inauguration while honoring military families.

Michelle, Sasha and Malia Obama were spotted in front-row seats during the 90-minute concert. The hot tickets were also provided to military families and Boys & Girls Clubs of Greater Washington and locals.

Miley rocked a three-song set, while the JoBros got the crowd to their feet for their hit "SOS." "High School Musical" hunk Corbin Bleu and Demi Lovato also sang. Hollywood stars including Jamie Foxx, Queen Latifah, George Lopez and Usher appeared on stage for the concert that aired on the Disney Channel.