Watch out paparazzi -- Malia Obama is moving in on your political coverage! 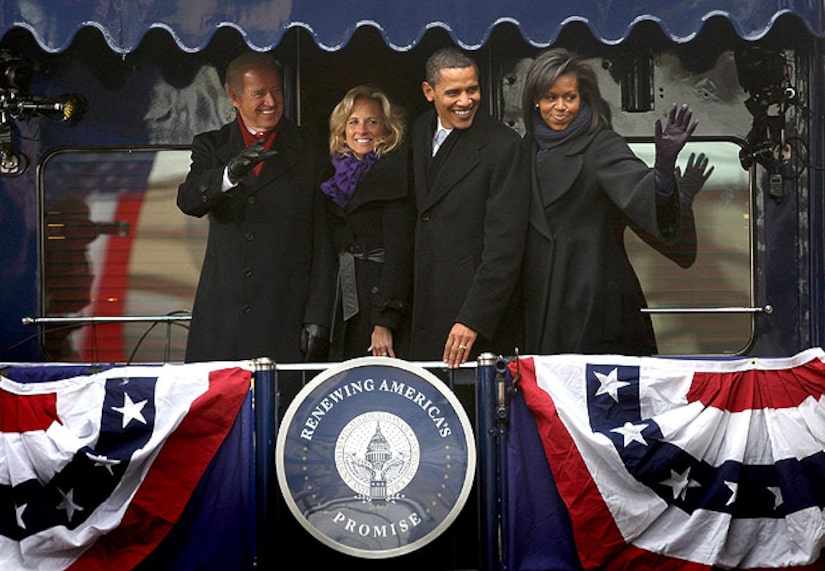 The train taking the Biden and Obama families to the capital for the upcoming inauguration stopped to greet crowds in Delaware, Philadelphia and Baltimore en route to Washington.

The train followed the same route Abraham Lincoln took to his inauguration almost a century and a half ago -- and Barack's family has more than just his historical swearing in to celebrate! Saturday was Michelle's 45th birthday -- and the President-elect threw his wife a party onboard the restored 1930's train car, complete with cake, balloons and pink streamers.