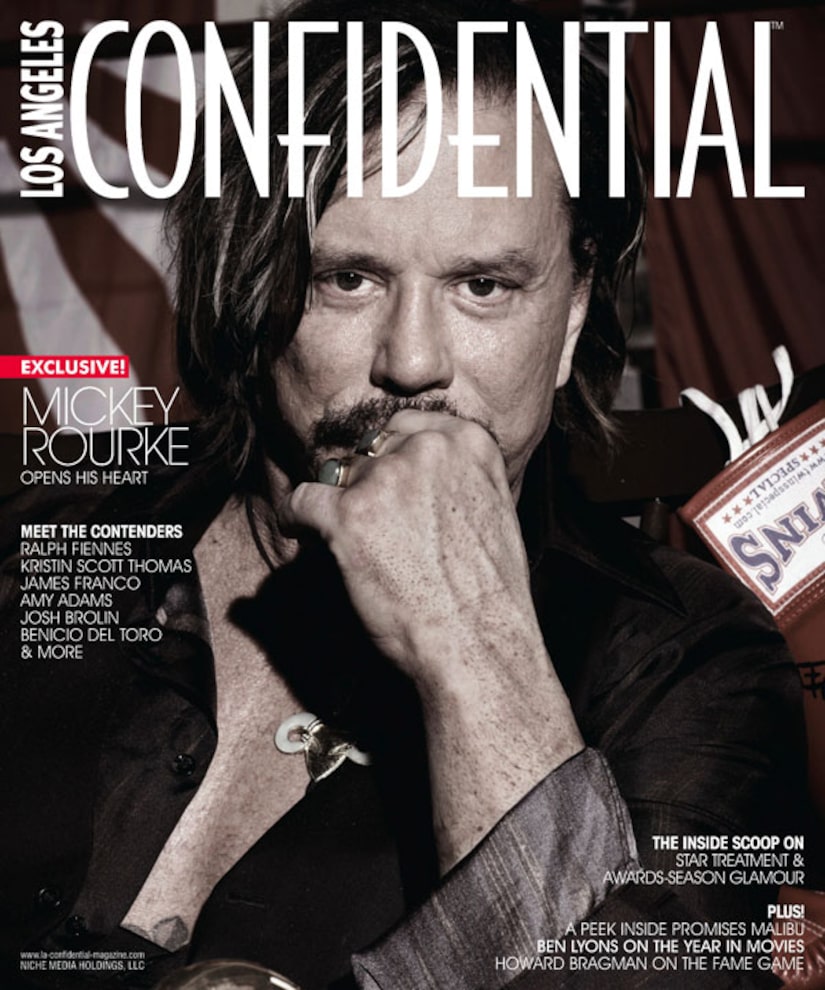 In the article, the 52-year-old reveals the challenges he faced while working on "The Wrestler," his upcoming projects, and he even gives advice to the current rebels of showbiz, saying, "I self-destructed. It took me 10 years in therapy to change my ways. They're going to find out the hard way that maybe you can get away with that s*** when you're in your twenties, but when Hollywood closes the door on [them], there's not many guys who can be out of work 13 or 14 years that they're going to give a second chance to."