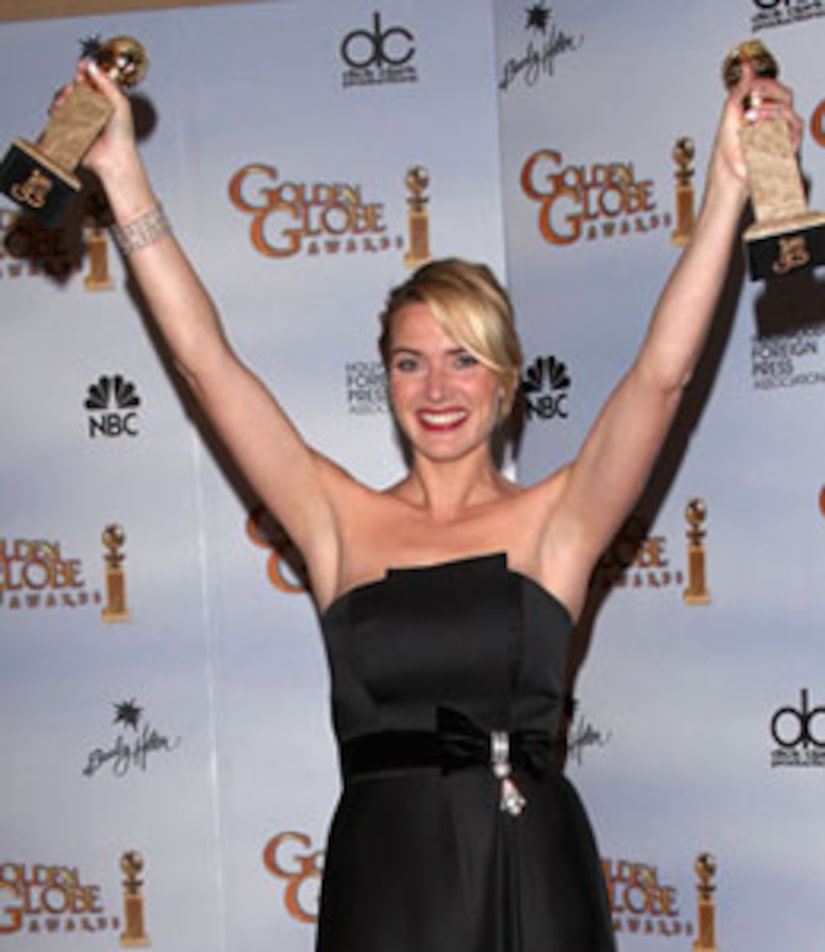 Kate Winslet was the first winner of the Golden Globes on Sunday. The blonde bombshell took home the award for Best Supporting Actress for "The Reader" and later won the Best Leading Actress in a Drama award for "Revolutionary Road."

The top picture of the night went to underdog indie flick "Slumdog Millionaire" -- a movie about a young man living in India whose life changes after appearing as a contestant on a version of "Who Wants to Be a Millionaire." The flick raked in four awards for the evening, Best Motion Picture - Drama, Best Screenplay, Best Original Score and Best Director.

The Golden Globe Awards are presented annually by the Hollywood Foreign Press Association.