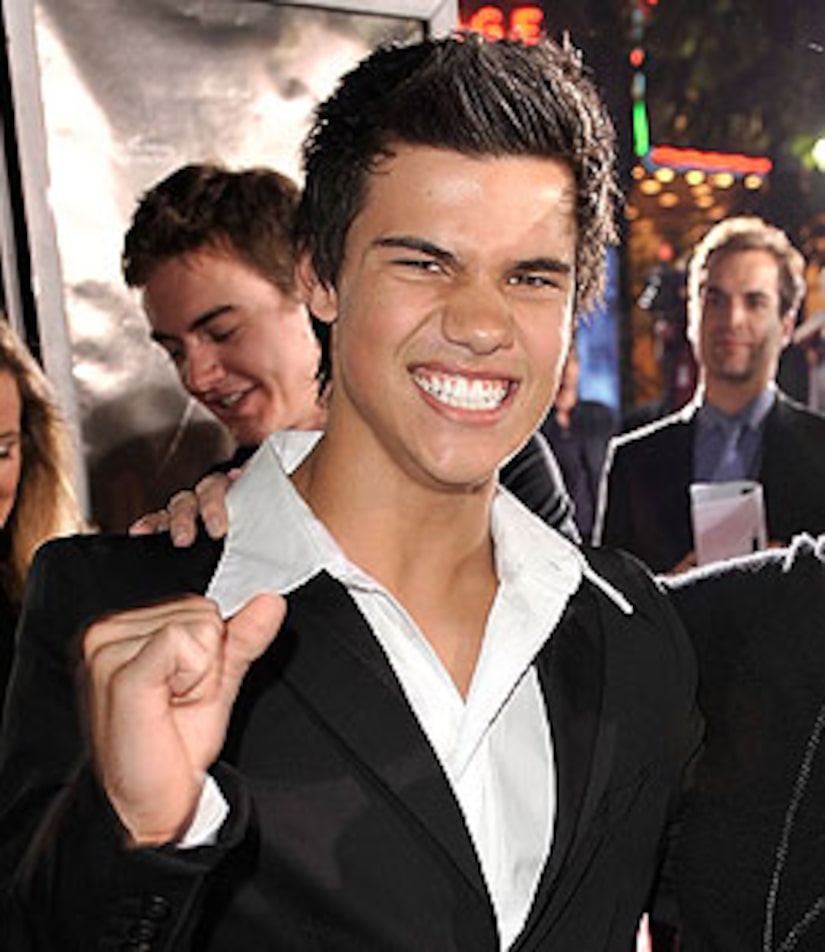 Taylor Lautner stole the screen in "Twilight" as shape-shifter Jacob Black -- and the 16-year-old is fighting to keep his role in the vampire sequel, "New Moon."

According to Entertainment Weekly, Summit Entertainment -- the production studio behind "Twilight" and "New Moon" -- could reportedly announce whether or not Taylor will reprise his role as Black as early as this week. "Jacob is a totally different character in 'New Moon' -- he's a foot taller and huge and he's supposed to look 25," said Melissa Rosenberg, screenwriter of the "Twilight" films. "It's really a question of whether or not the same actor can play the role."

She added, "Everyone would love to keep him. We all think he's the loveliest person ever."

Taylor told "Extra" last month that he would fight to keep the role of Jacob in the bloodsucking sequel -- and expressed excitement about meeting with director Chris Weitz.