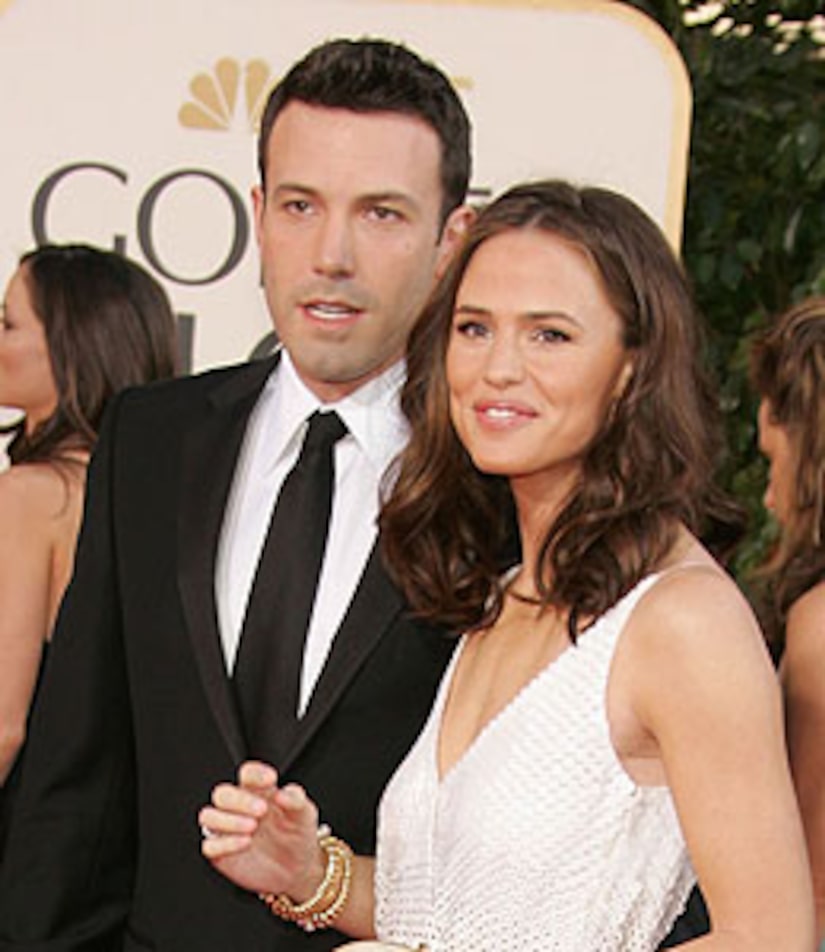 Jennifer Garner gave birth to another daughter Tuesday in L.A.

Garner's publicist confirmed to "Extra" the actress and husband Ben Affleck welcomed baby girl number two Tuesday in Los Angeles. The "Juno" star was spotted at an L.A. area hospital, holding what appeared to be a baby under a blanket. The source added that Jennifer was smiling as she was wheeled in a roll-away hospital bed.

Garner and Affleck, both 36, wed in 2005. The couple have another daughter, Violet, who turned 3 at the beginning of December.