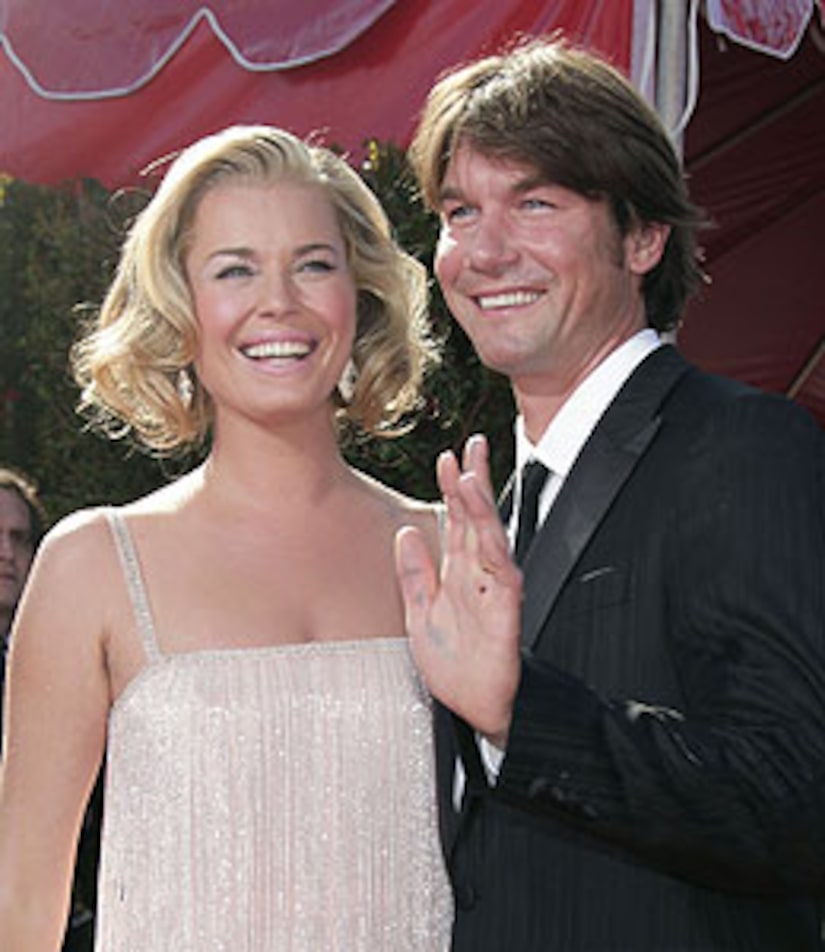 The couple always gushed about their desire to start a family, and were thrilled when they found out they were expecting two baby girls. "I was never a girl who dreamed about what her wedding day would be like, but I've always dreamed about decorating my baby's nursery," Rebecca revealed to Page Six in November.

The twins' arrival was first announced by the couple's friend, shock jock Howard Stern, on his Sirius radio show Monday morning. The "Ugly Betty" star and Jerry wed in 2007, after three years of dating.