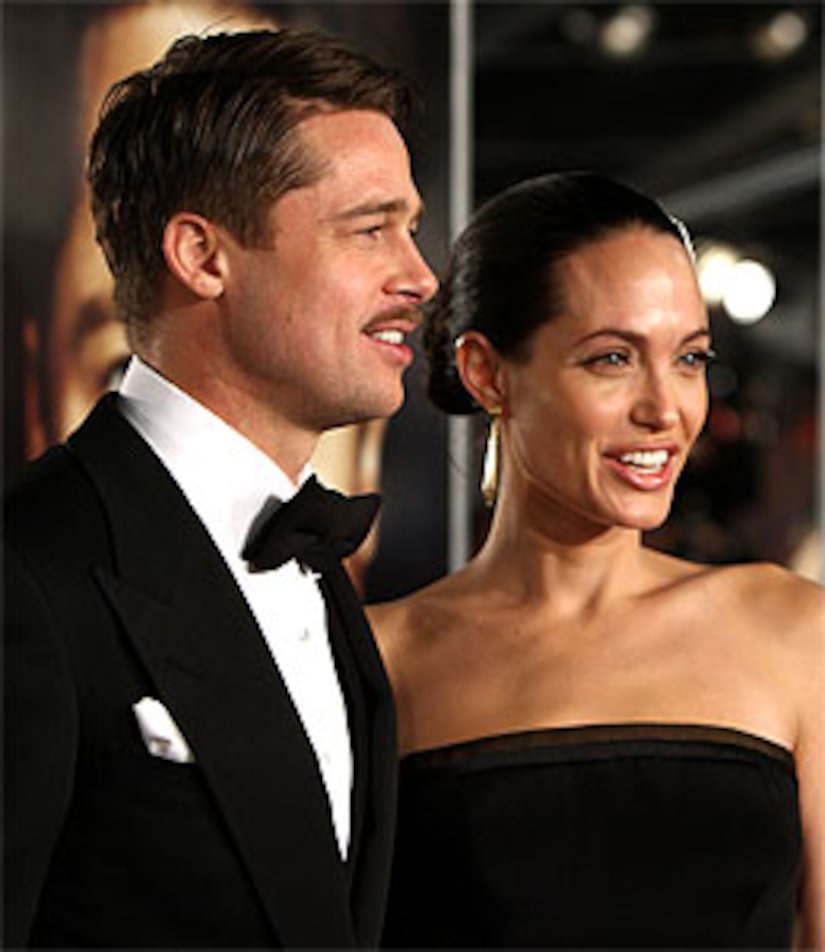 Rumors are swirling that Angelina Jolie is already pregnant with baby number 7 -- and the net buzz is false, but was the gossip really started in Brad's Missouri hometown?

That part is true! Word is that baby reports began at a movie theatre in Springfield, Missouri -- where Brad's brother and grandmother still live. The "Curious Case of Benjamin Button" star recently kidded with "Extra" about the people spreading wild stories about the couple, saying, "That's so strange -- that never happens... ha ha."

Today, OK! magazine printed another twist in the Brangelina baby rumor mill -- claiming Angie's doctors are advising the "Changeling" actress to wait to have another biological child, due to the reported complications with her last two pregnancies.