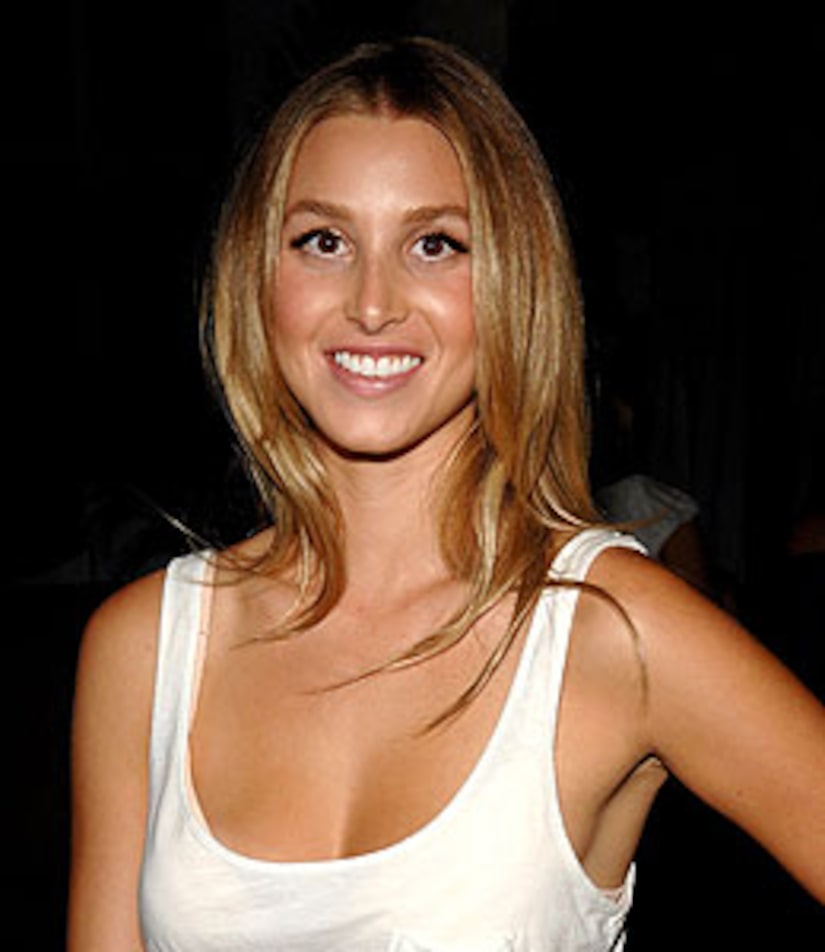 From "The Hills" of Hollywood, to the Big Apple -- fashionista Whitney Port has packed up her life in L.A. to follow her dreams straight to a new life -- and reality show -- in "The City."

"The biggest adjustment thus far has been the weather, it's very difficult to just do anything," Whitney reveals to "Extra." Port's new life is documented in the MTV spinoff of "The Hills" -- including her budding romance with Aussie hunk Jay. "I've been dating this guy Jay," Port dishes. "He's from Australia, and I met him a few months ago here -- basically the first week upon moving here."

The blonde style maven also revealed she shared a smooch with "Hills" star -- and pal Lauren Conrad's ex -- Brody Jenner! "Brody, Lauren and I were in Vegas one weekend, and I think we just had a peck on the lips. It didn't really mean anything -- I think it was just a fun flirty thing."

LC and Whitney became fast friends working in the fashion industry together, and the Laguna Beach native shared some advice with Whitney about starring in a reality show. "She said, 'just take it day by day, it's going to be very overwhelming -- you just have to be patient and realize who you can trust and who you can't.'"