Cate Blanchett is up for a Golden Globe for her work in "The Curious Case of Benjamin Button," she's a Vanity Fair cover girl, and a mother of three to boot! Is the actress ready to add baby number four to her growing family? 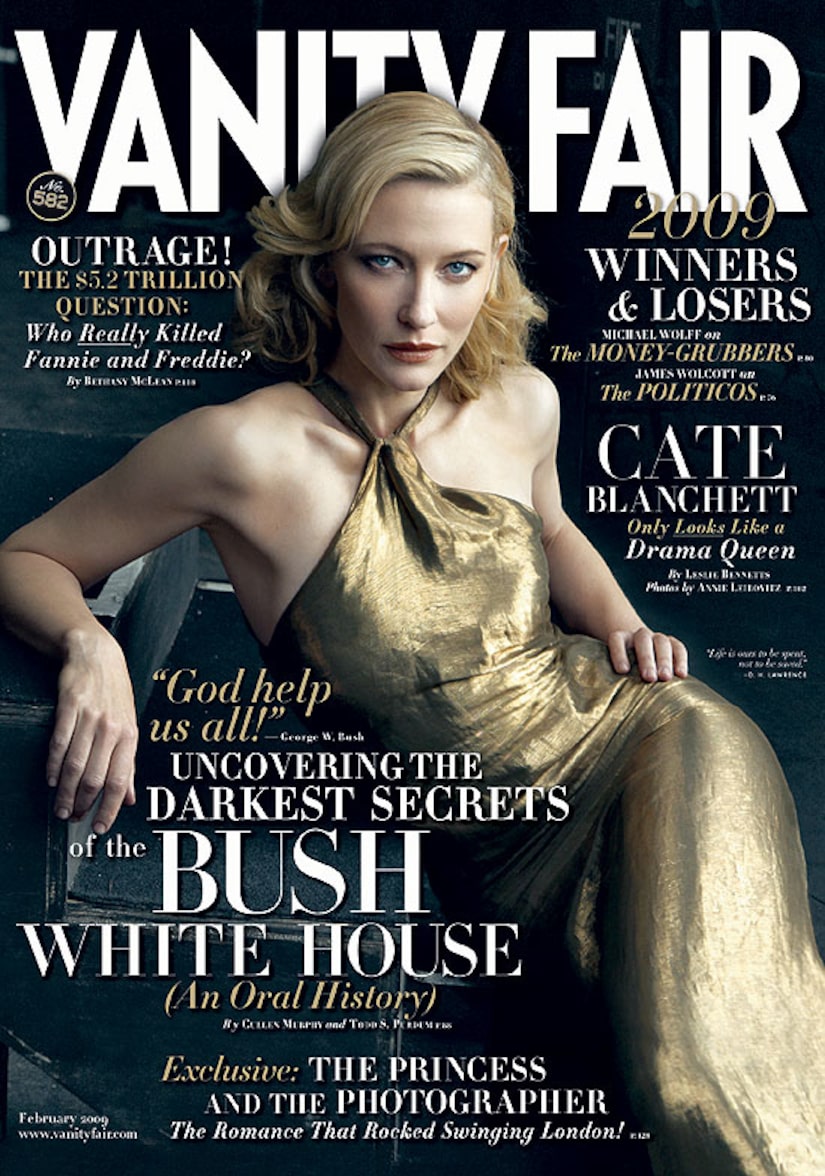 In an interview with the magazine, Cate reveals that she isn't ruling out having more children with filmmaker husband Andrew Upton. "Who knows?" The actress told Vanity Fair. "Don't close those doors. The world is very overpopulated, but we do make nice ones. They all look like Andrew. To say he has dominant genes would be an understatement."

The Oscar winner and her hubby are proud parents of Dashiell John, 7, Roman Robert, 4 and Ignatius Martin, 8 months.