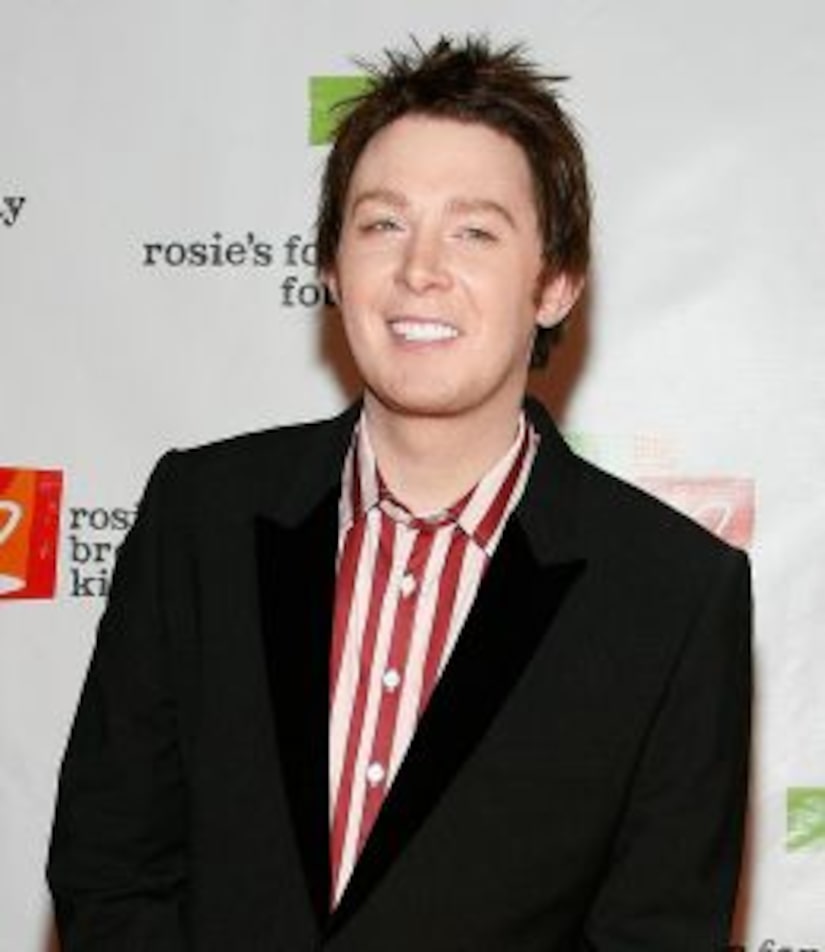 "American Idol" alum turned Broadway star Clay Aiken was given his very own caricature at the world famous Sardi's in New York City.

Aiken stars as Sir Robin in "Monty Python's Spamalot" until January 4. The show is scheduled to end its run on January 11.

The 30-year-old made headlines this year by fathering a son, Parker, and coming out on the cover of People magazine. Aiken recently expressed his desire to have another child with his baby mama, Jaymes Foster. Clay is reportedly dating Broadway dancer Reed Kelly.