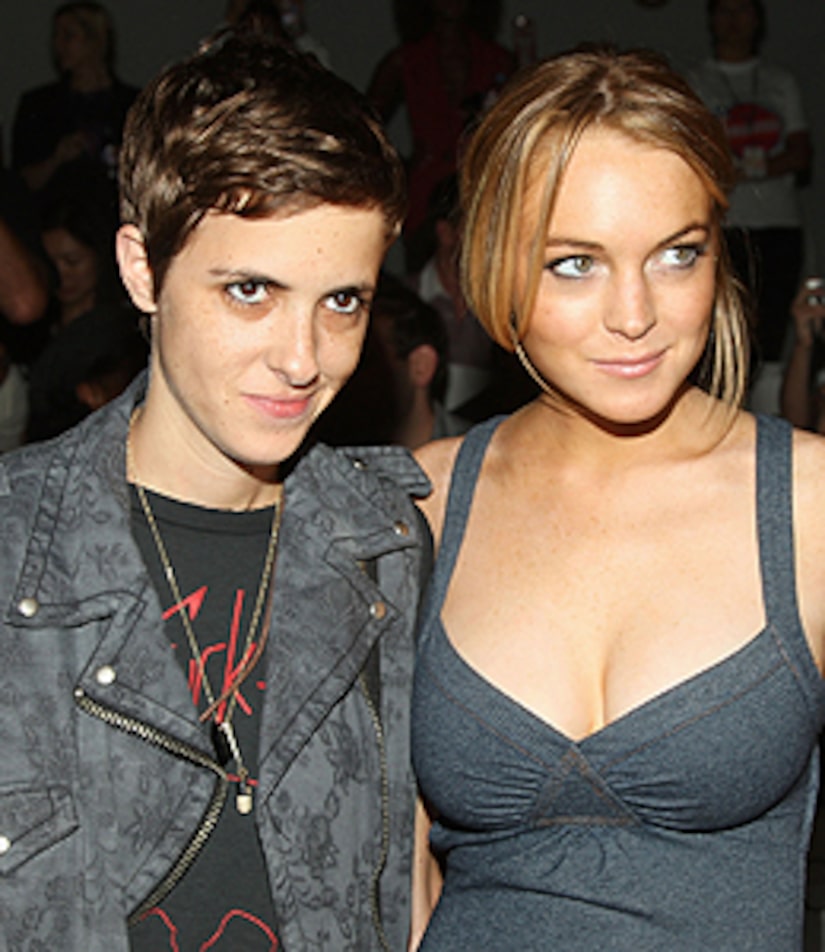 Lindsay Lohan's deejay girlfriend Sam Ronson was taken to the hospital in Los Angeles on Sunday and is reportedly suffering from exhaustion and stress.

Life & Style Weekly reports that doctors were called to the house on Sunday, and X17 Online says the disc jockey was later driven to Cedars Sinai in Lindsay's Cadillac Escalade, with LiLo riding in the front seat and Sam in the back with an unidentified male.

Lindsay's bodyguard reportedly left the medical center late in the afternoon, but it is unknown whether Lohan and Ronson are still at Cedars. The two have been photographed in nightclubs all over Europe in recent months, perhaps the travel has taken a toll on the wee smoking deejay.

A rep for Cedars-Sinai said they do not comment on patients, and an email written to Lohan's publicist has not yet been returned.