Actress Jessica Alba and Cash Warren tied the knot in a private ceremony this past summer -- and now the couple held a commitment ceremony to celebrate their union with family and friends. 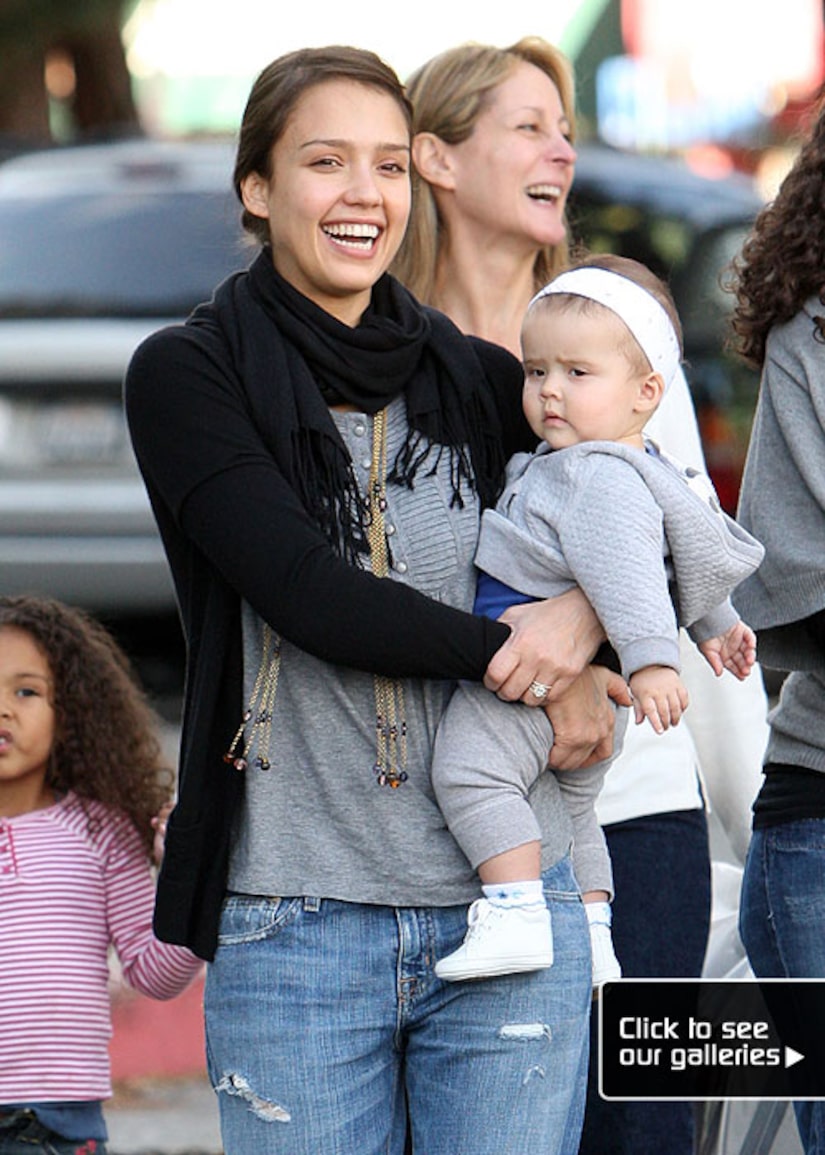 "There were no tears -- just lots of happiness and love," a party guest revealed to Us Weekly. "It felt extremely special for everyone."

The "Love Guru" actress and Warren decided to host the reception to "celebrate their love and commitment to each other," added the guest.

Alba, 27, and Warren, 29, both opened up about their relationship before handing the floor over to their fathers -- who both spoke about their happiness about the couple's union and 6-month-old daughter, Honor.

The ceremony took place at the couple's Beverly Hills home, and baby Honor wore a gray dress that matched Jessica's, along with fairy wings.

The couple met on the set of "Fantastic Four" in 2004, where Cash was an assistant to the film's director.