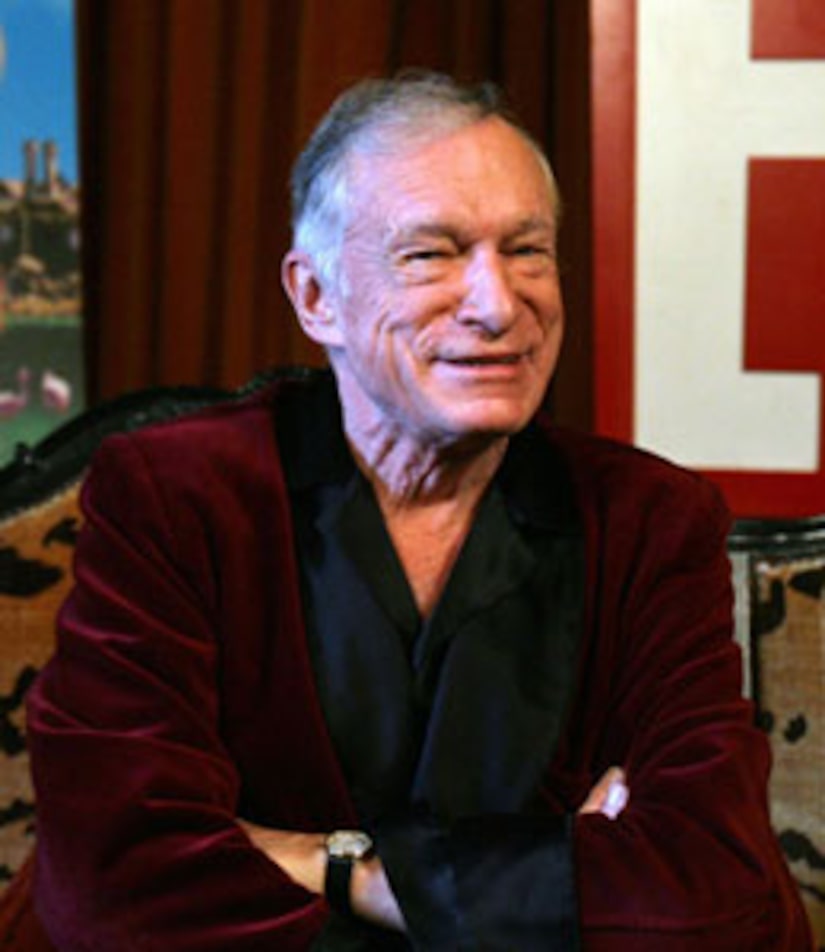 Hugh Hefner gave "Extra" a personal tour of his famous residence -- the Playboy Mansion. The publisher wore his signature silk pajamas for an interview about his public breakup, his autobiography and the latest issue of the sexy mag. What is the Playboy founder's favorite part of the almost 22,000 sq. ft. home? "No question -- the bedroom. I do my best work in the bedroom."

Hefner admits he was heartbroken over his split with longtime girlfriend Holly Madison. "I was blindsided by the breakup... but Holly was looking for something more that I couldn't give her. She was looking for marriage and children." Hefner eventually moved on -- with two times the trouble. "Within two weeks, a pair of twins arrived and it turned out they were interested in being my girlfriends... Several girlfriends are easier to handle than one wife."

Hef talked about his autobiography, "Mr. Playboy," that lets readers into a life filled with luxury, women and sex. The author was not the least bit embarrassed about the book's most shocking revelation. "Probably an incident that occurred back in the late seventies where I almost swallowed a sex toy."

Sex icon Marilyn Monroe was the first to grace the cover of Playboy. This month's 55th anniversary issue features Carmen Electra. Hef has his eyes on two of Hollywood's married women for future issues. "Either Angelina Jolie or Scarlett Johansson."

Check out Mario's raw video from the Playboy mansion when "Extra's" interview with Hef airs Friday!