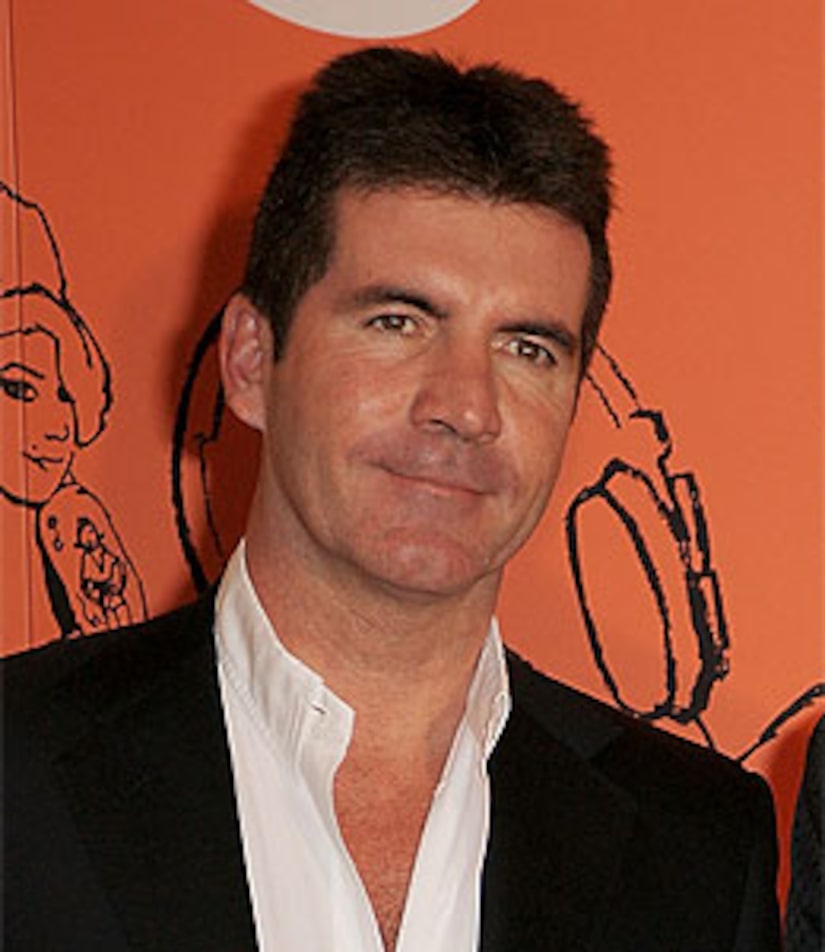 "Extra" has Simon Cowell's first interview about the Paula controversy -- from alleged stalker Paula Goodspeed to rumors Abdul may go to another show, even Abdul's finger-pointing -- no topic was off limits!

Simon said the suicide of Abdul's superfan was "absolutely the worst thing. Here's a girl who's obviously had some horrible, horrible issues in her life and the fact that it ended the way it did, it is a complete and utter tragedy... it's terrible."

Rumors have been swirling that Paula is thinking about leaving the "Idol" judging table for "Dancing with the Stars." When asked about the reports, Simon said, "People should be allowed to do what they want -- we'd just suggest they play some older music, so she's more comfortable, and I think she'd be great."

Cowell also responded to Abdul's accusations that he whispers in her ear to distract her during "Idol," saying, "Yeah, I do a little bit... I get bored so I whisper things and make things up during the auditions and the live shows... But she chooses to say it... I'm not responsible for everything she says."

The "X Factor" judge also opened up about his car being bugged, saying, "We found out that it was a photographer... he has to face the consequences of this because he broke the law. I don't have an issue with the media, with photographers -- everyone has a job to do, but when they go to those lengths... that's crossing the line."

Simon also dismissed criticism that pop princess Britney Spears has received for lip-synching her recent "Circus" performances. "I don't have a problem with that," said Simon. "Why should they have to do it live the whole time? I think you've got to put on a show -- if you want to sing live, sing live. Who cares? It's a show. It's entertainment."