Tom Cruise flashed his multi-million dollar smile and baby blues at the New York City premiere of "Valkyrie" -- but where was Katie Holmes? We know! 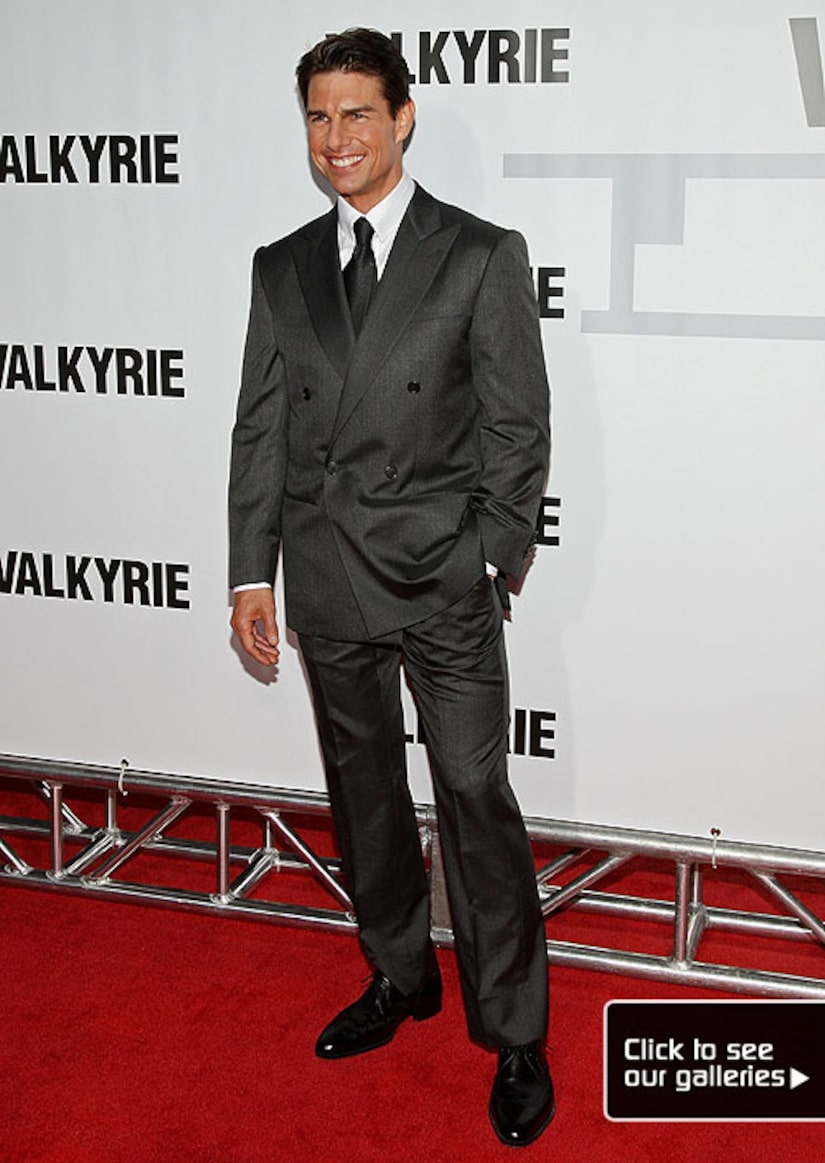 Katie is in town starring in "All My Sons" on Broadway, but was nowhere to be found on the red carpet. Cruise walked solo and told "Extra", "She's inside the theater -- we got the family there so she's hosting everybody right now."

Tom continued, "We trade off. The opening night of her play, I was there hosting while she was doing her thing. Now she's hosting while I'm doing my thing here." Tom also told "Extra" he would love to work his Katie in the future, "I'd like to find the right film to do together. I just admire her work. I'd love that. That would be great."

Cruise also would like to act along side his "Interview with the Vampire" co-star Brad Pitt, "I loved working with Brad. I had a great experience working with him. And I'd love to work with him again." Brad showed his fatherly instincts when Tom brought daughter Bella on set, "He was always so cool with Bella when she came on the set. He was always talking about how he wanted to be a father. I'm just really happy for him... Now he's passed me. He's so competitive!"

TomKat's two-year-old daughter Suri was also not in attendance last night, since "Valkyrie" is rated R.