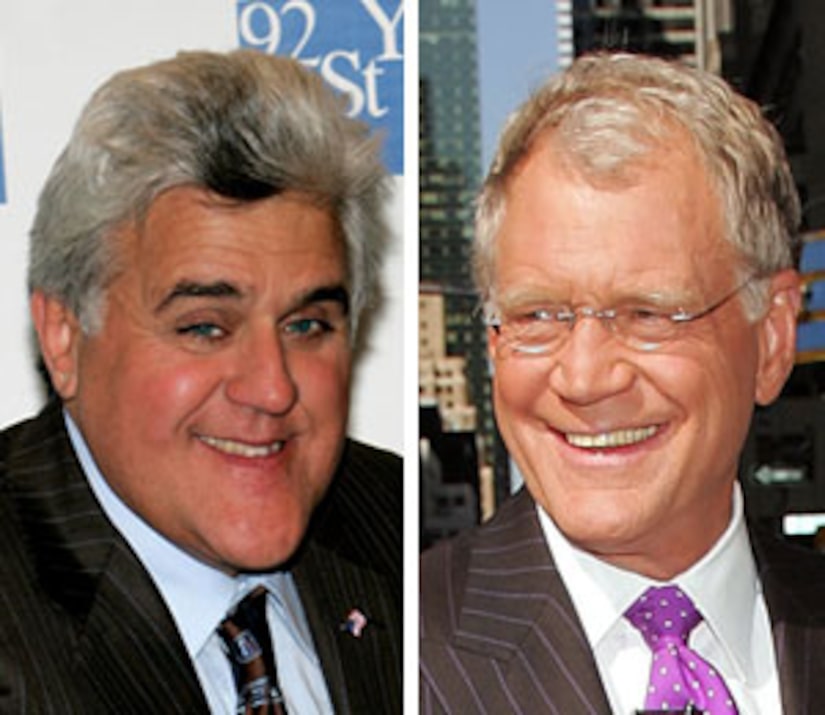 Yep! Leno admits he was invited to appear on Dave's CBS set once his NBC contract ended. The late night rivals are no longer planning to make amends.

The appearance was nixed when Jay signed his new NBC primetime deal.