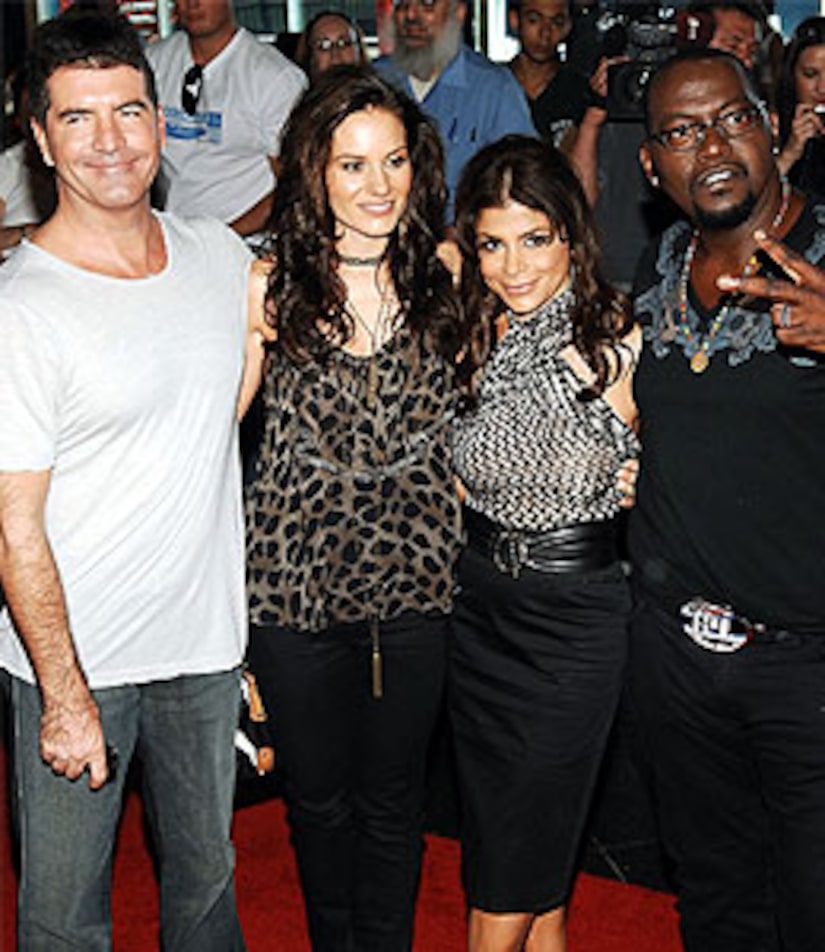 Paula Abdul is staying put! "American Idol" executive producer Ken Warwick told reporters on Monday, "There has never been any discussion that we would want to get rid of Paula."

Warwick was responding to comments Abdul made during an interview with Barbara Walters last week. Paula claimed the "Idol" producers let super fan Paula Goodspeed audition for the show because they knew it would be uncomfortable for the judge. Warwick says that is completely false, "I was in the room, and I can absolutely put my hand on my heart and say I didn't know [about Goodspeed's stalking history]."

Goodspeed committed suicide in November outside of Abdul's L.A. home. "There's no way in a million years I would put someone [dangerous] in front of someone else because it is good TV."

Paula also confessed to Barbara Walters that she might refuse to extend her contract after it expires this season. Warwick does not want her to leave the competition show. "Paula is an integral part of the program and I hope she's there until the show goes off air... America loves her. Her job is not in jeopardy."