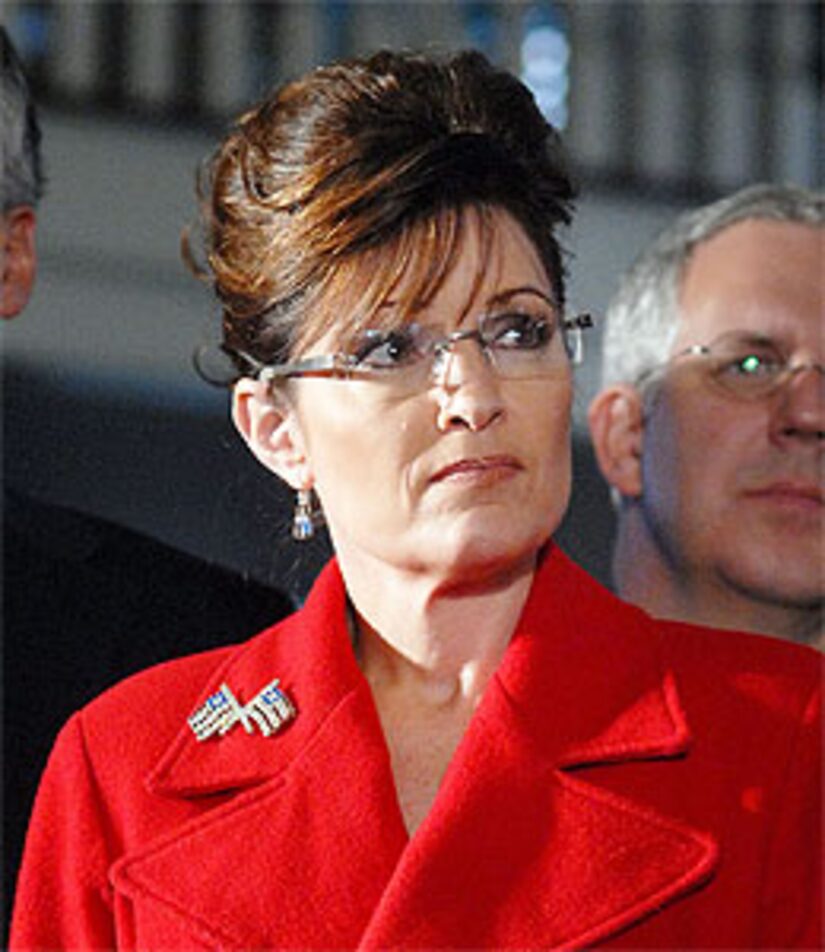 Alaska governor Sarah Palin's church was badly burned in a deliberate fire -- leading Palin to apologize if the arson was in any way connected to her stint on the presidential campaign trail.

According to ABC News, Sarah stopped by the church on Saturday and, according to her spokesman Bill McAllister, the former GOP VP nominee apologized to an assistant pastor if the fire was connected to the "undeserved negative attention" the house of worship has received since she became John McCain's running mate in August.

Bill stated, "Whatever the motives of the arsonist, the governor has faith in the scriptural passage that what was intended for evil will in some way be used for good."

The Wasilla Bible Church suffered an estimated $1 million in damages, the authorities said on Saturday. The fire was set on Friday night, while a handful of people were still inside. Central Mat-Su Fire Chief James Steele confirms that no one was injured.

When asked if whether or not he believed the arson was politically motivated, Steele said, "It's hard to say at this point. Everything is just speculation -- we have no information on intent or motive."