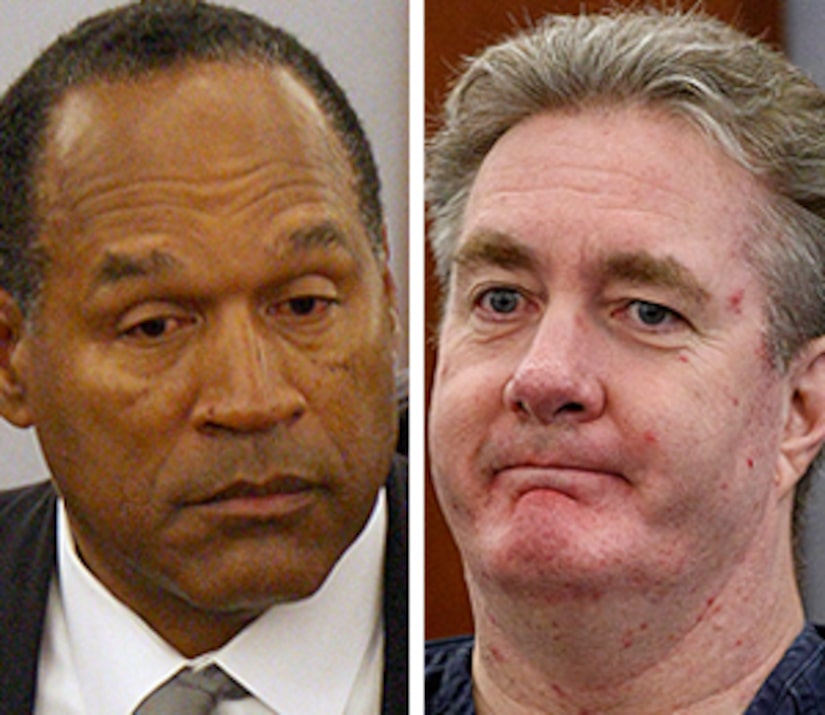 Alfred Beardsley, a key witness in the Las Vegas trial of O.J. Simpson, reportedly admitted to being bought off by the former NFL star to change his testimony -- and aid the defense.

"I asked, 'what did you get to change your testimony,'" Bill Falkner, an investigator from the Clark County district attorney's office told the L.A. Times. Falkner said that Beardsley confessed Simpson gave him his Hall of Fame ring.

O.J., who was sentenced to 9 to 33 years in prison last week, was on trial for armed robbery, kidnapping and other charges stemming from a confrontation with Beardsley last year.

When prosecutors called Beardsley to the stand, they were shocked when he changed his testimony and said that someone had tampered with an audio recording critical to their case.

Beardsley has been ordered back to court next week to hand over the Hall of Fame ring, which he allegedly has. His lawyer, Jack Swickard, told the paper that he expects Beardsley to come to court without the ring, because "You can't turn over what you don't have."

Simpson's lawyer did not return calls for a comment from the Times.