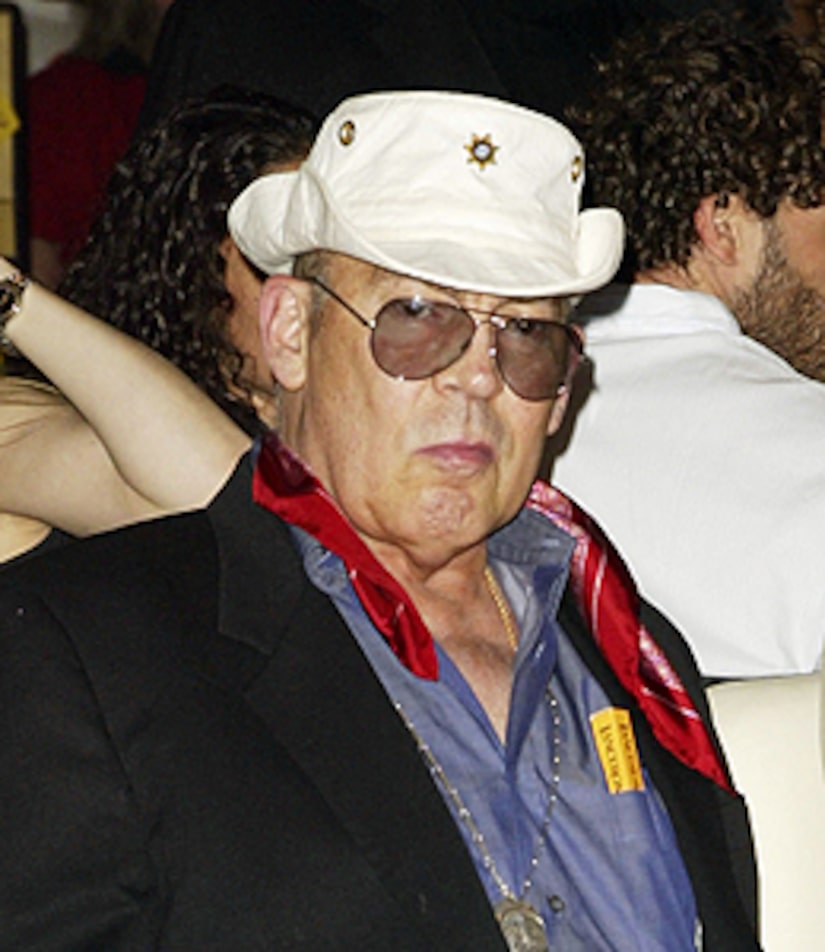 Did Anita Thompson, the widow of famed journalist/writer Hunter S. Thompson, confirm she was having Hunter's baby?

That's a no -- but the 36-year-old did reveal to Scotland's Sunday Herald that her late husband, who killed himself in 2005, froze some of his sperm. "Hunter and I were always trying to have children," Anita said, "but we just never did -- but I could still have his child if I wanted to."

Anita said that the sperm was taken from Hunter when he was in good health -- but now, she questions the idea of raising his child without him. "There is a long series of ethical questions for me whether I would want to have his child now, and whether I want to raise a child without Hunter around... I wouldn't want to do it as a way of replicating Hunter, of prolonging Hunter, or as a way of filling the void. It's something I haven't decided on yet."

Thompson, pictured here in 2003, is best known for his book, "Fear and Loathing in Las Vegas." He is credited with the birth of Gonzo journalism -- a self-narrated style, written subjectively, which blends factual and fictional elements to relay an underlying message.