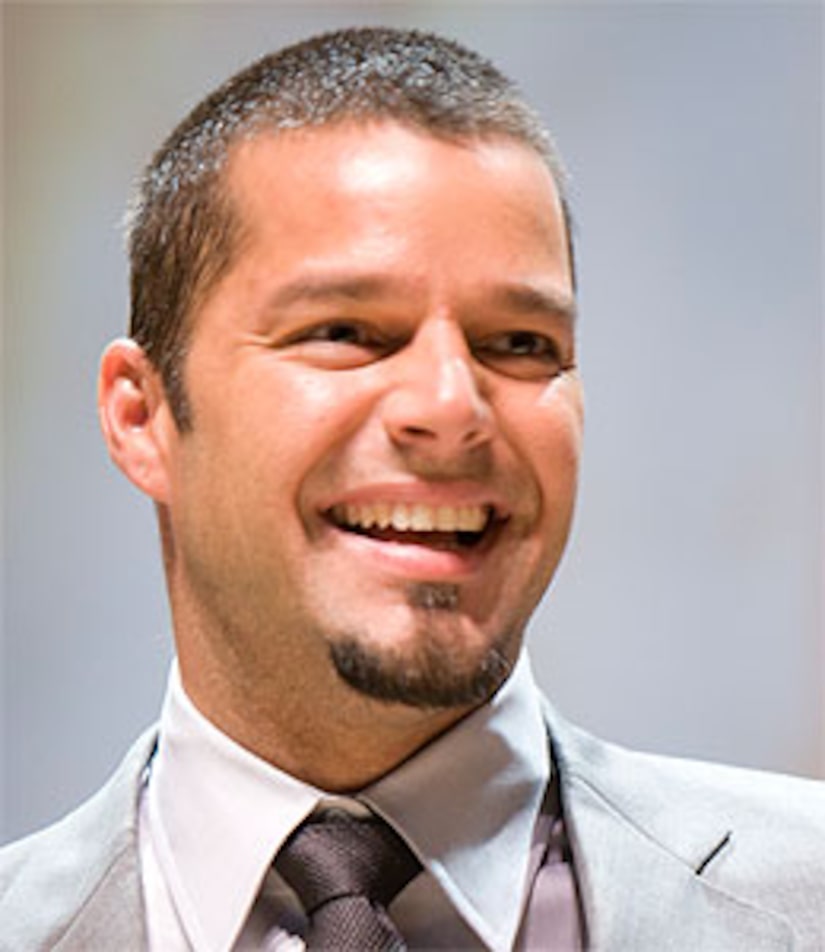 Spicy singer Ricky Martin has his hands full with 4-month-old twins Valentino and Matteo, but did the 36-year-old proud papi hire a nanny to help him out?

Nope! Ricky opened up to People magazine about his life with the baby boys -- and said that he's his own nanny. "I don't have a nanny," said Martin. "I'm doing this on my own because I don't want to miss a moment." Ricky did admit, however, that he has people who look after him.

The twins were born in August via surrogate.