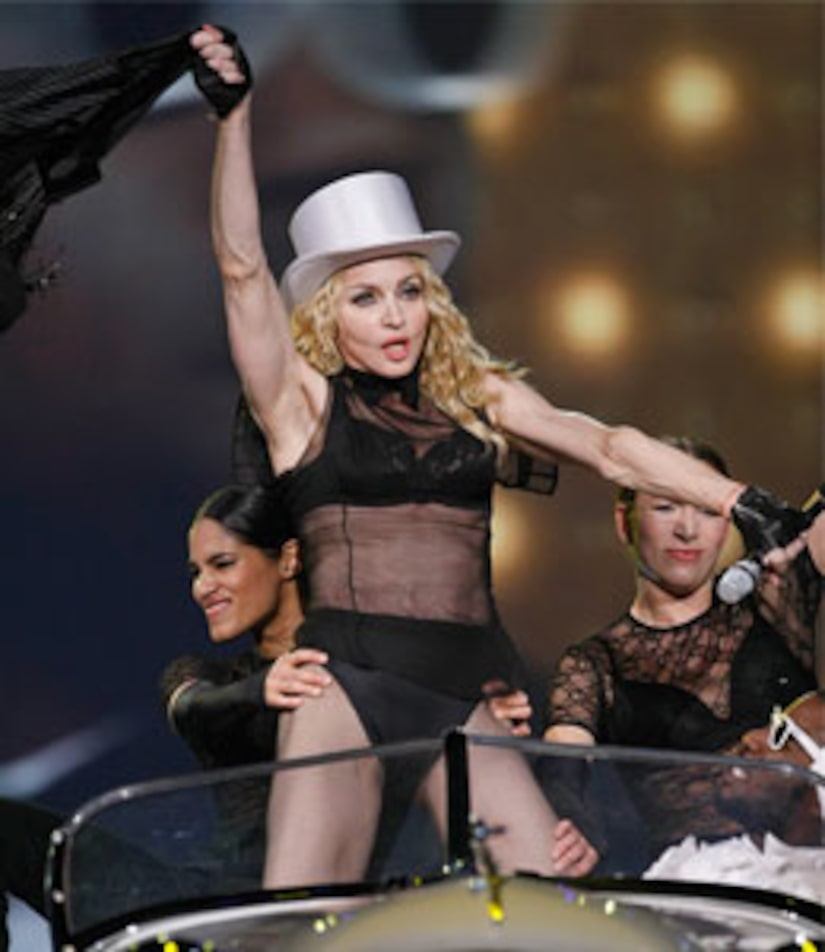 British courts ruled on Monday in favor of the the Queen of Pop in her breach-of-privacy lawsuit against British tabloid Mail on Sunday.

Madge says the paper shouldn't have printed photos from Madonna and Guy Richie's Dec. 2000 nuptials. It is believed the photos were filched from the couple's home by an interior designer.

Damages are to be awarded next month and Madge is asking for more than $6 million. Her reps say the money will be donated to charity.