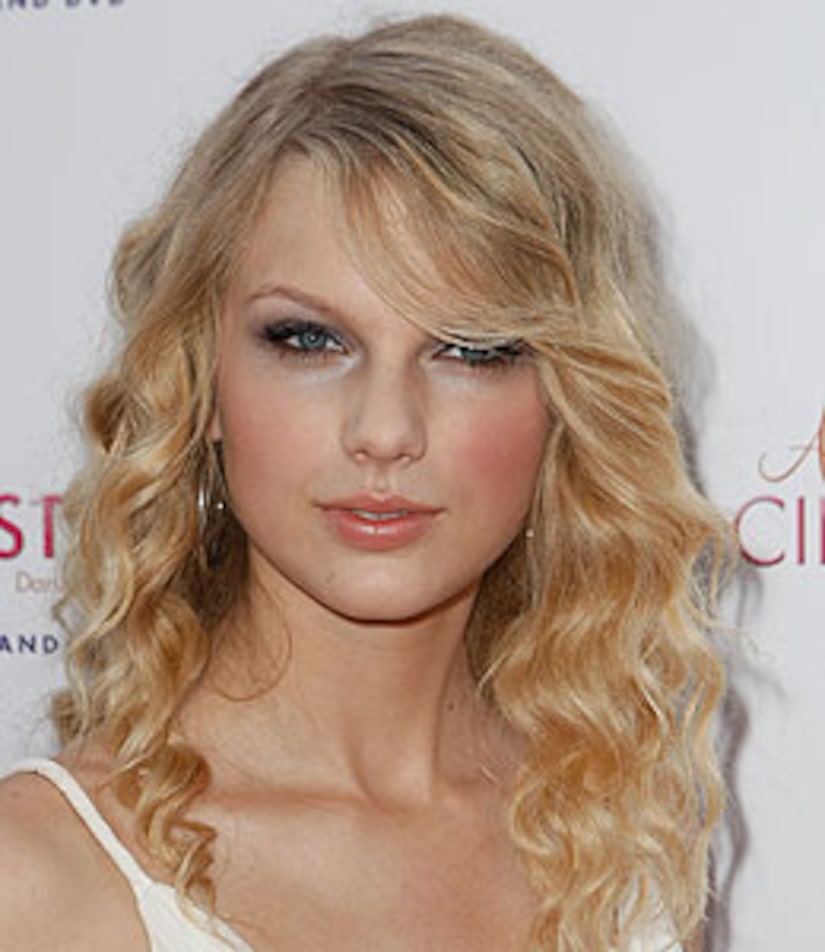 Southern belle Taylor Swift dished to "Extra" about her "Fearless" new album, being single again, the physical trait that makes her melt -- and the hunky actor with whom she'd most like to do a scene!

"I think being fearless means you have a lot of fears, but you jump anyway," Taylor said, explaining the title of her album. "I wrote a song called Fearless. It's about the best first date I haven't had yet."

Taylor laughed off the suggestion that the song was inspired by bad first dates. "When I wrote the song I wasn't dating anyone -- I was single," Swift revealed. "It's sort of a personal goal for me to make my songs so personal and so obvious that if all my ex-boyfriends were to sit down and listen to the album they would figure out which song was about them."

The country cutie recently broke up with Disney star Joe Jonas -- and dished to "Extra" about what she looks for in a beau. "I think freckles are cute... I like freckles!" Swift also admitted that while music will always come first, she could be persuaded by her favorite show into acting -- or by a seriously hot actor! "Music is always gonna be number one for me, so it would take a lot to pull me away, of course. But if it were something like 'Grey's Anatomy,' then I would have to."

When asked which actor could pull her away from her guitar to shoot some scenes, she confessed, "Chace Crawford!"